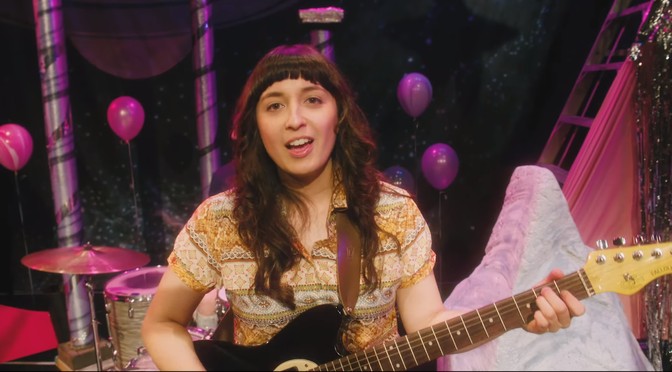 Video: The Beths – “Future Me Hates Me”

The Beths - "Future Me Hates Me" (official music video)

Directed by Christopher Stratton. From Future Me Hates Me, out August 10 on Carpark.

What’s up with Australasia? Why do New Zealand and Australia generate such clever guitar-based pop music?

The Beths’ Elizabeth Stokes says, “There’s a lot of sad sincerity in the lyrics that relies on the music having a light heart and sense of humor to keep it from being too earnest. That’s another New Zealand thing. We’re putting our hearts on our sleeves—and then apologizing for it.”

Maybe that’s what it is. But that doesn’t explain how they come up with such catchy hooks. I guess it will remain a mystery along with kiwi birds and three-eyed lizards.

Directed by Callum Devlin. From Future Me Hates Me, out August 10 on Carpark.