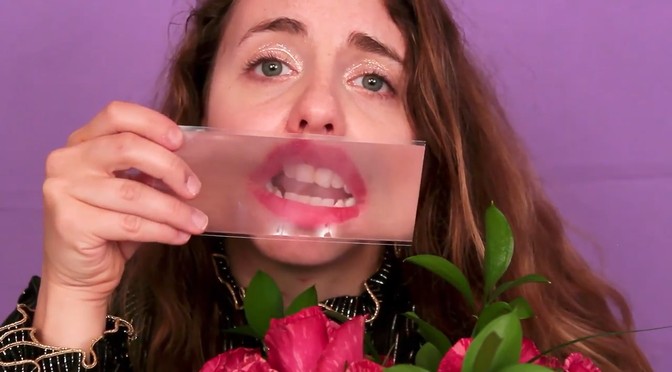 From All That Wanting, her independently released album out now.

Classic rock guitar tones and reverbed hand claps combined with smart lyrics delivered in a conversational deadpan and I’m sold! What more could you ask for?

“No Telling” is a song about crush feelings. A crush never realized. Hands are the real stars in this video. Costars include sugar, confetti, dancing band members, the colors of summer, and the phone you’re no doubt yoked to right this moment, waiting for their call. If you’ve ever sat next to your crush, alive with anticipation about all that could be, heart racing, palms perspiring, lips absolutely incapable of speech, this one’s for you babe.

Claire Morales is an independent songwriter from Texas who’s been performing since she was 13. All That Wanting is her second independently released full-length, but she’s recorded other stuff with friends, including a cool series of cover songs originally performed by Leonard Cohen, Nancy Sinatra, Patsy Cline, and the Everly Bros.