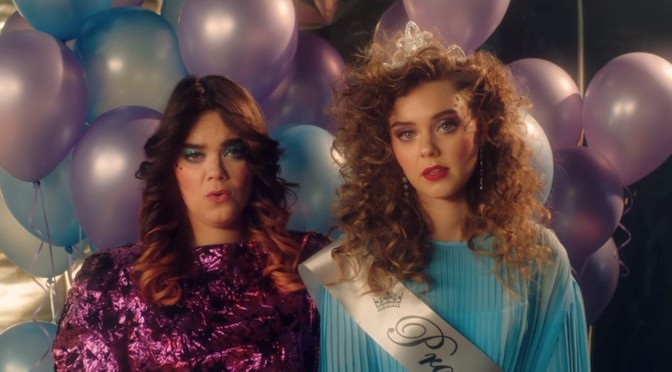 From Ruins, out January 19 on Columbia.

First Aid Kit is back again, this time putting those sibling harmonies into a promtastic re-imagination of the 1980s. As someone who attended high school formal dances in those years, I can attest to the verisimilitude of the overall vibe of this video.

Sure, you can point out certain anachronisms. Klara and Johanna’s hairstyles, for example, are from opposite ends of the decade. And the “I want to believe” poster is inspired by the “X Files” which debuted in 1993, and there weren’t any teenagers left in America with feathered hair in 1993.

But still, so much of this video feels absolutely correct. Especially the slow dancing, swaying back and forth with the girl’s hands on the boy’s shoulders and the boy’s hands on the girl’s hips. I don’t know if that’s still how kids slowdance today, but that’s totally how we did it back in the day.

We, however, were never abducted by aliens.