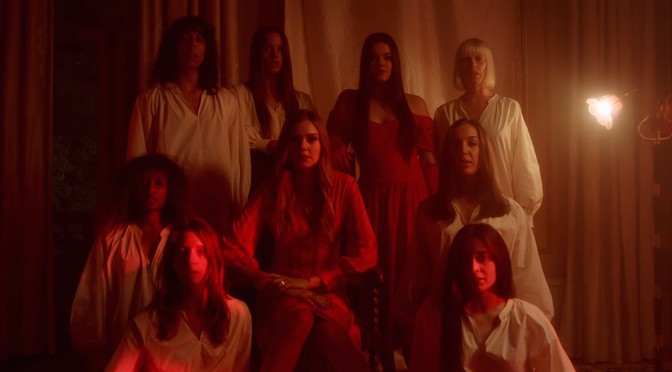 Directed by Mats Udd. From Ruins, out now on Columbia.

They discussed the song with Consequence of Sound:

We stayed in California for five weeks to write new material for Ruins. During this trip we went out to Joshua Tree. We rented a gorgeous dome house that was very isolated. When we wrote this song we’d been playing around with these old occult themed board games, tarot cards and an ouija board that was in the house. There was a storm outside, it was late at night. We could see the starry sky very clearly. We were overcome by this haunting feeling of being only the two of us alone in a house in the middle of the desert. This was during a quite tumultuous time of heartbreak and emotional disorientation. This song came to us in the midst of all of that.

The ending of “Rebel Heart” begged to be epic, we wanted to take the listener on a journey. Recording it in the studio with Tucker Martine was incredible. We didn’t really know what do with the song at first, but as soon as Glenn Kotche played that drum pattern in the second verse we knew this was going to be the album opener. It just felt so cinematic and powerful.

The song is indeed epic, cinematic, and powerful. And the video will creep you out…in the best way.