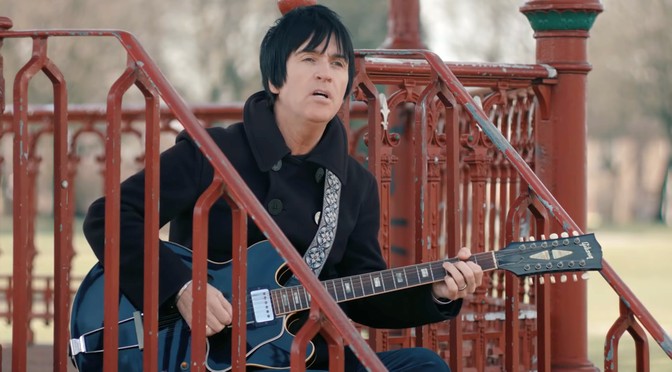 How great do Johnny Marr’s guitars sound on this song? Got a bit of that “Money Changes Everything”/”Draize Train” vibe going on. The instrumental track would have fit nicely on a b-side in 1986.

Johnny Marr has always worked best when he’s writing with a foil, and unfortunately a lot of his solo material comes across as the kind of second rate British indie that would’ve been included on a cassette given away with Vox magazine in 1991 between Chapterhouse and Ned’s Atomic Dustbin. Sure, you’d put the song on a couple of mixtapes, but a few years later you wouldn’t even remember the name of the band.

Oh well. I’m glad he’s still around. And he’s probably going to live forever because he’s vegan and he runs. There’s plenty of time for him to join or start a new band with a good lyricist and singer.