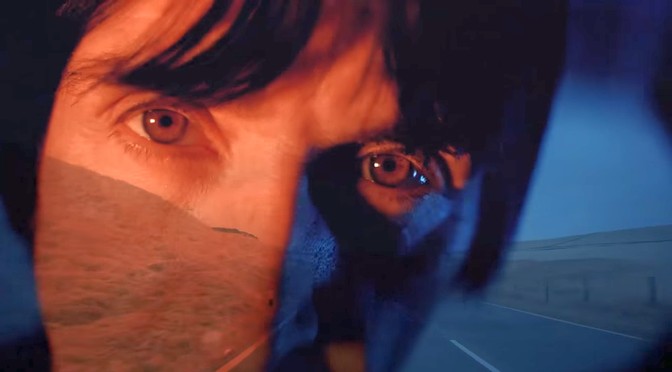 We open with Marr and mates driving around what could be “the edge of the world” referenced in the opening lines of the song.

They’re driving a Corsair, a car built by Ford in the UK between 1963 and 1970 and marketed with a tagline that could have been a Smiths lyric, “I’ve got a V in my bonnet,” a reference to an optional V6 engine.

Where are they going? It doesn’t matter as long as you look good getting there.

But the references to overlapping times and places throughout the song and video are made more interesting with the musical choices. There’s a very Stones-y “Woo Woo” tag punctuating the lyrics and some new wavey noise. Underlying the whole song is a drum beat that could have been lifted straight from “Queen is Dead,” which I have to imagine is some sort of intentional call back to the band that made him famous. But what do I know?

Recorded at Manchester’s Crazy Face Studios, where it just so happens The Smiths also spent some time in the earliest days. Marr told Rolling Stone that he’d spend a lot of time wandering the old, empty building just getting lost in his own thoughts as the world outside was falling further into chaos with Brexit and a Trump election coming into full swing.

“It was a very unusual and creative environment,” he said. “I often lost track of the outside world. I’m glad that I’ve come out of it now, to be honest. It was quite taxing.”

Taxing, indeed. But by the looks of this video, Marr isn’t fully out of it yet…and neither are we.