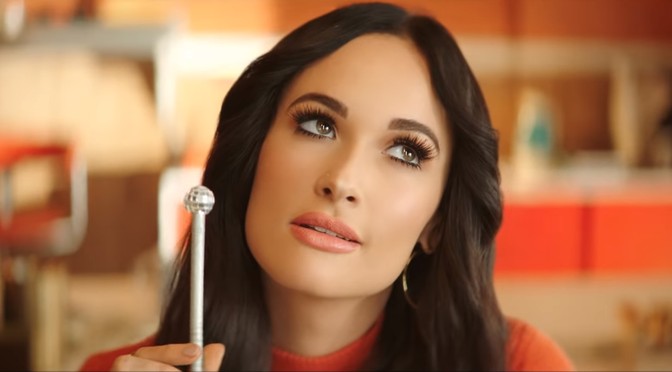 Where country meets disco. It’s not the first time, of course, but it’s been a while. And the song is super catchy and fun.

The video, on the other hand, is an anachronistic mess. Are the office scenes supposed to be set in the disco era? If so, the hair and makeup is all wrong. If you’re going to pay attention to the details (like having the clock on the wall be set to 4:20, ha ha) then you need to get the haircuts correct.

Is the karaoke dream sequence supposed to be set in the future? America’s first karaoke bar didn’t open until 1982 and karaoke wasn’t big here until the 90s.

But maybe I’m just being uptight. There’s an image of a bearded Trump-like figure on the tv after all. So who knows?

I don’t want to be a buzzkill.