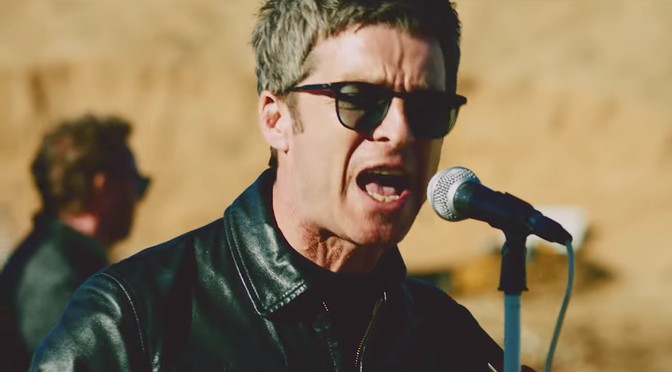 From Who Built The Moon? out now on Sour Mash/UMG.

There’s an awesome bonus feature to the for the career-spanning 2010 Oasis box set Time Flies wherein Noel talks shit about pretty much every video the band has ever done. The whole thing is great, but check out the supercut after the jump with all the highlights. It’s enough to make you wonder why he’d ever make a video again, especially one thick with imagery and thin on plot.

The Chief’s new vid is all that. Noel with his great head of hair singing into the wind while star-crossed lovers run roughshod through a desolate landscape of gas stations, diners and dirt lots. Riding on the top of train with a fiddler’s hat and rolled jeans? Fuck yeah, why not? We don’t need to know where they’re going or why, we just need to know they end up together in the end. Will they? To be continued.

2 thoughts on “New Noel Gallagher video: If Love Is The Law”