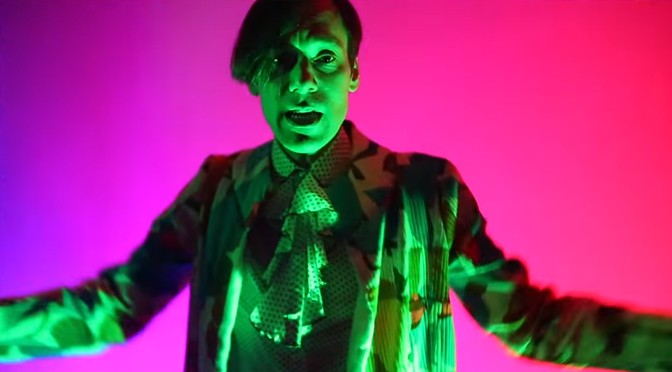 Directed by Christina Eleni Schneider. From White Is Relic/Irrealis Mood, out now on Polyvinyl.

Sometimes I worry about Kevin Barnes. I realize it’s not right to try to read too much into the personal life of an artist based on their creative work, but yowza. I hope he’s well. And maybe he is. Perhaps he just thinks serious mental disorders make an interesting lyrical subject matter for disco jams. And maybe he’s right. What do I know?

Barnes explained the origins of this song:

Plateau Phase/No Careerism No Corruption started out as a song I wrote for Janelle Monáe last summer called Fucked In Your Driveway. We worked on it together one magical day in her laboratory at Wondaland but nothing really happened with it, so I reworked it into something very different for my own album. Lyrically I pulled inspiration from Multiverse Theory, the writings of Wilhelm Reich and the economist Guy Standing, Eastern European party culture, and Bluets by Maggie Nelson, as well as my burgeoning new love affair with a woman of mystery and magic. We shot the video in Atlanta at an art/performance space called RowdyDowdy one chilly winter day this January.

I’d love to hear the Janelle Monae version! Maybe some day. In the meantime you can catch Of Montreal on tour this spring.