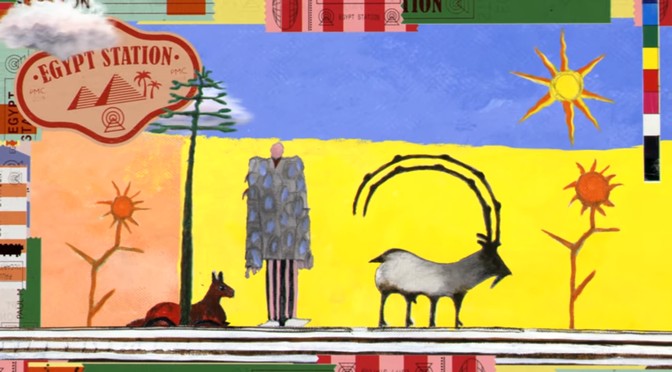 Video: Paul McCartney – “Come On To Me”

Paul McCartney - 'Come On To Me (Lyric Video)'

From Egypt Station, due September 7 on Capitol Records.

Ram is by far and away my favorite solo McCartney album. The notoriously perfectionist ex-Beatle’s second album is loose, goofy and--dare I say it?--fun! The screaming, utter nonsense of “Monkberry Moon Delight” and the adolescent knuckleheadedness of “Smile Away” gave Macca an outlet for one of the reasons we all loved him in the first place: he’s entertaining!

But just because it’s fun doesn’t mean it’s throw-away. The Beatles made an astonishing career out of bringing artistry to pop music. And so it’s cool to hear a bit of that fun in Paul’s new double A-side single, Come On To Me/I Don’t Know.

Who doesn’t love the jaunt of “Come On To Me” with some choppy guitars, a bouncy beat and lyrics about meeting girls!? Unlike Mick Jagger’s struggle to make lechery from a 70+ year old man (or any man, for that matter) acceptable in the 2010s, Paul has always been “The Cute One,” and this is a cute song with more than a few nods to his hi-hi-highs in Wings.

From Egypt Station, due September 7 on Capitol Records.

“I Don’t Know” is a slight return to his bread and butter with a light, mid-tempo ballad. It features everything you’d expect with a sing-song melody, piano and his signature bass lines. What I appreciate is the sound of these songs. The last album of his where the engineering really lifted the songs was 2005’s Chaos and Creation in the Backyard, produced by Nigel Godrich. Due to his noted perfectionism, Paul’s material can sometimes come across a little too polished. I like the looser feel of that album and these first two songs. Here’s hoping that is throughout the new album, produced (with the exception of one track) by Greg Kurstin (Adele, Beck, Foo Fighters)..

Via The Late Late Show with James Corden.