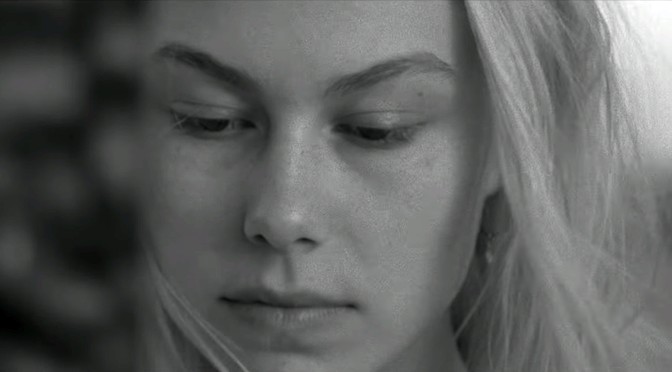 Directed by Gus Black. From Stranger In The Alps, out now on Dead Oceans.

We kicked off this year with a Phoebe Bridgers video and now we’re pretty much closing it out with one. And what’s a better topic for the day after Christmas than creating an Advance Health Care Directive for your loved ones to carry out when you’re too ill to make decisions for yourself?

This song was originally recorded acoustically in 2015 with Ryan Adams and released as a 7″ on his Pax Am label.

Bridgers told the Telegraph that she and Adams “ended up hanging out all night and recording a song together called Killer. Then, a couple of weeks later, he was suddenly trying to hook up with me. I was super-down and had just broken up with my high-school boyfriend. We slept together on his 40th birthday and I’d just turned 20.” She wrote “Motion Sickness” in response (“I hate you for what you did… I faked it every time… why do you sing with an English accent… you were in a band when I was born”). Ouch.

The version of “Killer” on Stranger In The Alps is piano-based and features harmonies from John Doe of X.

And Ryan Adams is a creep.

Directed by Justin Mitchell. From Stranger In The Alps, out now on Dead Oceans.