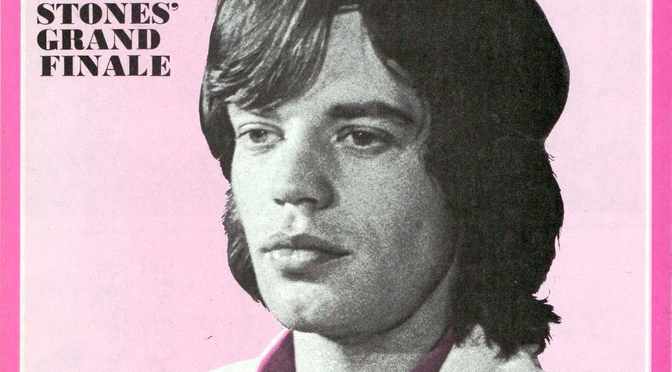 This is the final issue of the 1960s and with that we’re wrapping up our series. It’s been fun to revisit these old magazines, and to see how they influenced what we think of as the canon of classic rock. Jann Wenner’s anglophilia and provincial San Francisco biases are almost comically obvious, and it’s crazy to think how much one dude’s opinion continues to affect the entire music industry. Not to say the Beatles and the Stones and even Jefferson Airplane are not worthy subjects of exploration, but there was a whole lot more going on in the sixties than what was featured in Rolling Stone.

Wanner narrowed the definition of the decade down to what took place between the Monterey Pop festival in 1967 and Woodstock in 1969. Which, really, was just a blip. Everything before 1967 was oldies; everything after 1969 was compromised. Wenner’s idealized version of his early twenties overwhelms and sucks the oxygen out of any other period of music history. It’s ridiculous. But wow, what power!

Seems appropriate that the final issue of the sixties features a story about how the Rolling Stones are still planning to put on a free concert in San Francisco on December 6. At press time, they still didn’t have a location selected. Mick Jagger was pessimistic: “It depends on whether we can get a place. There are so many obstacles put in front of us. It’s gotten so fucking complicated.”

They would end up, of course, at the Altamont Speedway. Things didn’t turn into the “Little Woodstock” as they had hoped, but instead devolved into chaos, bad vibes, and violence, culminating in the stabbing death of Meredith Hunter by the Hells Angels. And that, so the story goes, was how the sixties ended.

Columns: Books by Ed Leimbacher (on Rock and Roll Will Stand, edited by Greil Marcus); Books by Andrew Gordon (on Yellow Back Radio Broke-Down by Ishmael Reed).