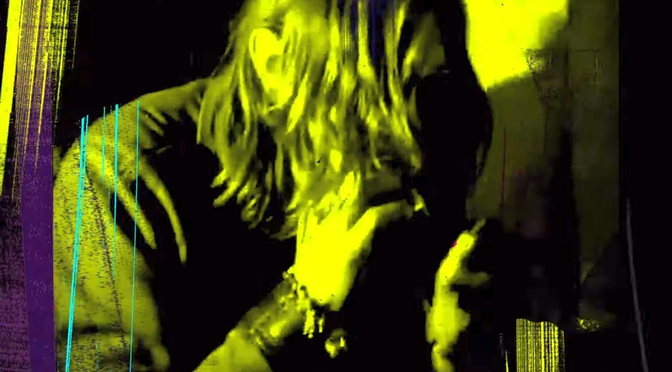 Video: Cornershop -- “No Rock: Save In Roll”

Cornershop - No Rock: Save In Roll

Directed by Chris Curtis. From England Is a Garden, out March 6 on Ample Play Records.

I was just thinking about this band. “Brimful of Asha” was one of my favorite songs of the late-120 Minutes era. I used to set up the VCR to record it on Sunday night and then watch it on Monday after work. This was 1997 and while we had the internet, nobody had broadband yet and any filesharing was done via FTP with rudimentary user interfaces, barely any search capabilities, and strictly enforced upload-download ratios. It was way easier just to go out and buy a cd.

So we’d read about stuff in Spin and Rolling Stone and imported copies of the British weeklies (NME, Sounds, Melody Maker), and hope to catch a video on 120 Minutes or on a late-night radio show, and then plop down sixteen bucks at the record store for a compact disc.

And then we’d listen to it a bunch of times even if there was only one good song on it. Eventually, the other songs would start to click…if the band was any good. It was an investment in time and money. So before you sold it back to the used CD store for $4 (in-store credit) you were damn sure your opinion was well-considered.

I still have my copy of When I Was Born for the 7th Time. It made the cut. And even though nothing on it ever quite lived up to the Velvety groove of “Asha,” there was enough other interesting stuff to earn its place on my rack. And get moved from apartment to apartment, condo to condo, house to house for the past 20+ years.

And now there’s a new Cornershop single. And it’s good!

The title might seem confusing or absurd at first, but read it to mean “there is no rock except in rock and roll” and it’s a little clearer. Tjinder Singh says, “There is not one without the other, that rock, for all its focus on death is the saviour of life.”

The anvil here is music itself, and a celebration of Tjinder’s birth place -- The Black Country, which gave birth to heavy metal that has gone on to influence the world to dirty rock, whether the streets are lined with pylons or palm trees, the Black Country has allowed us to see things differently.

So the sound here goes back to Englands’ Midlands with two thumbs up to the feeling of hearing heavy metal from the back of a stage, as we all ride on and await the female backing vocals of our song to come in.