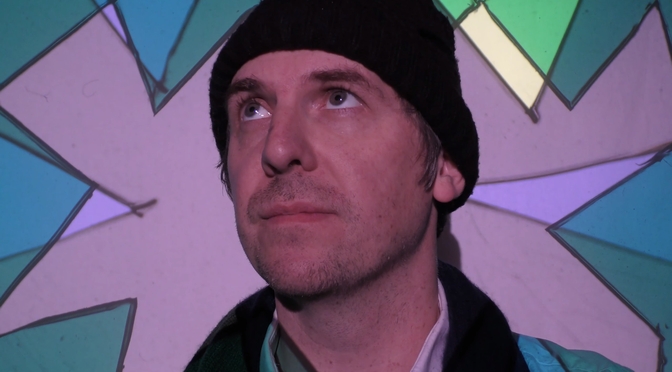 Directed by Tyler Hollis Derryberry. From I’m You, out now on Discrete Pageantry.

“I’m fine. But I’m not okay.” That’s pretty much how everybody I know is feeling these days. So it’s kind of comforting, I guess, to be reminded that we can get through it: “If you think you’re at your limit just remember what some folks survive.”

“Running Hot With Fate” recounts the abbreviated stories of ten characters (“The stories are all real, but the names have been changed,” Ryan Walsh tweeted. “Except for 2 of the names. 2 names have not been changed.”). These are Hemingway bet-worthy short shorts (“Alice wasn’t kidding when she said she saw a UFO / Elliot was ripping up his letters out in the snow”) that reveal that we’re all going through our own stuff.

The triumphant payoff comes in the bridge:

Can you carve a new world from some old clay?
I keep waking up surprised I get another day
Is this free will or is it destiny?
It doesn’t matter who the fuck’s in charge of me

There’s everyone from a performer who stood on stage the first night the Boston Tea Party opened in 1967, to young musicians just getting their start. In fact, the young boy who appears at the beginning of the video doesn’t have a band yet, but has plans to start one called Mollusk, or maybe Kursed. All participants were filmed in total silence for three minutes; they were asked to interact with the camera with their eyes, to have a conversation without words.

You can watch the original, uncut screen tests up on the video’s mini-site.

Director Tyler Hollis Derryberry says, “Maybe our friends are amazing actors, or really good at being emotionally raw on command, or maybe it’s just the Kuleshov-effect, but staring into another human being’s eyes while Ryan sings about searching for strength in other people’s stories turned out to be more moving than Ryan or I could have imagined.”