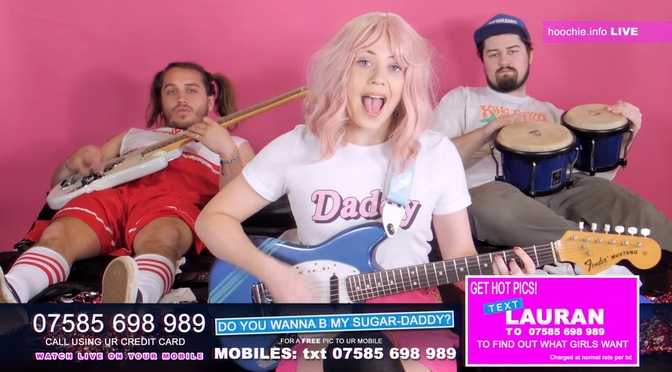 Oh wow, what a great song. I was first tipped off to it by Jeremy at Fingertips who included it in his newsletter with a description that seemed to be written expressly to appeal to my personal sensibilities:

With satisfying, old-school crunch, “Hoochie” is the kind of song that reacquaints the ear with how simple and vital a rock song can yet be, here in our beleaguered 21st century: guitars still excite, catchy and uncomplicated melodies still delight, and can still be put in service of sardonic young folks, especially those possessed of the right combination of charisma and purpose, as young Isle of Wight singer/songwriter Lauran Hibberd surely is.

And now Hibberd has released a video that perfectly matches the tone of the song. The video is silly but charming with an undertone of sadness that belies the punchy fun of the delivery.

Can’t wait to hear what’s next.