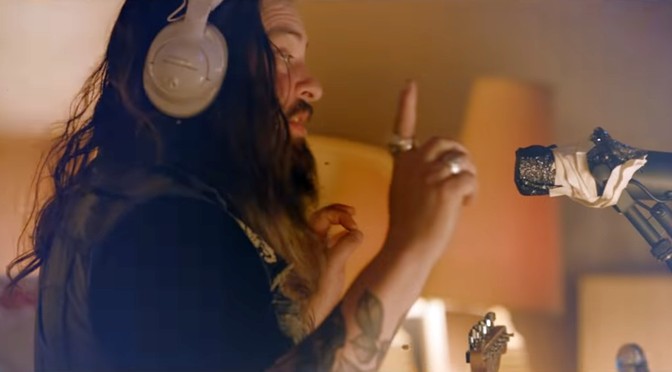 From Eraserland, out March 22 on Dead Oceans.

I’ve spent a fair amount of time in recording studios over the years. Some professional, some home studios and some just comprised of a 4-track and some SM57 microphones. I’ve spent even more time in rehearsal studios, all of which makes me an amateur but enthusiastic gearhead. I love seeing what gear other bands use and how they mic their kits or where they position their amps in a live room. I’ve spent way too much of my life tracking down studio footage and snap shots of The Beatles recording. It’s kinda my thing.

So the new video from Strand of Oaks is totally my thing. Here we see the band working up the melodic, guitar-crashing sound machine of their latest single in what looks like every recording studio in Portland, Oregon. It made me feel creative and also a little homesick, which is why I listen to music in the first place.

One thought on “New Strand of Oaks video: Weird Ways”