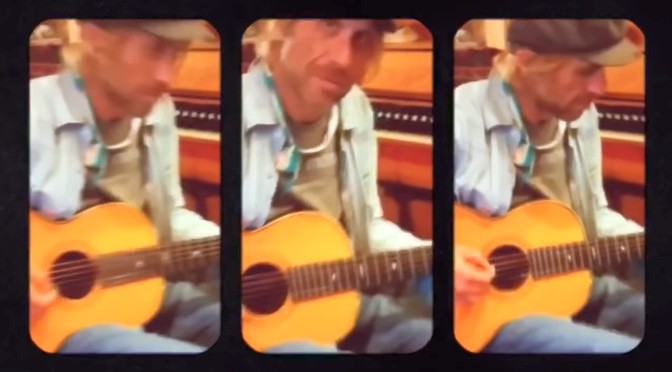 If you remember any of these things, well then you’re old like me and Todd Snider. “It’s a list of things that are gone, disguised as a story song,” says Snider.

The video was filmed at Cash Cabin Studio where Snider recorded his new album. That’s Johnny Cash’s cabin, by the way, which has been converted into a state of the art recording studio operated by John Carter Cash.

It’s been almost 25 years since Todd Snider stumbled into public consciousness with “Talkin’ Seattle Grunge Rock Blues,” a hidden track on his debut album Songs for the Daily Planet. I can’t remember how I heard that song but I downloaded it from Napster back in the day and I’ve still got the 128kbps file on my computer. That’s how we did things back in my day, sonny boy.

But I’ve still never figured out how to use call waiting. And at this point, I don’t think I’ll ever need to.