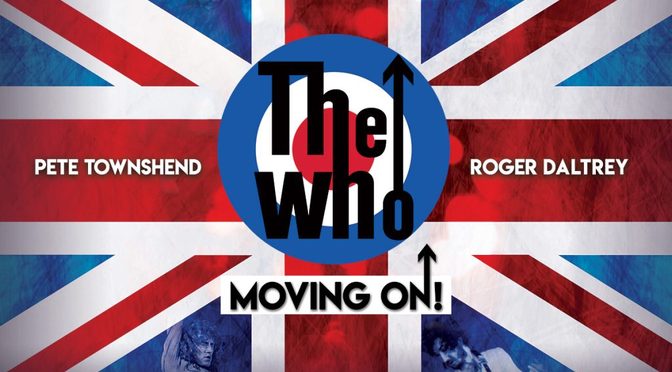 Although I have been MIA from this page for some time now, something that needs to be addressed has come to my attention, something far worse than I had originally thought as I looked into things a bit more.

As you are probably aware, “The Who” are going back on tour. It is called “Moving On!” Odds are that they’re moving on to still another tour.

As you are probably also aware, I put “The Who” in quotes because while half a band may be better than none, as I’ve argued many times, when you have half a loaf you have, well, half a loaf, not the whole thing. Daltrey and Townshend are certainly much of the substance of the mix, but let’s not kid ourselves: that label is about marketing. That is, while there are probably people who have picked up The Who T-shirts at their local Target and who are wearing them proudly, were you to ask them who Daltrey and Townshend are, they might answer, “Uh, law firm . . .?”

No, I am not going to go down that well-rutted road again.

But I am going to express my dismay at what it has come to for those veteran performers.

Upon receiving an email from Ticketmaster announcing the opportunity to getting tickets for “The Who” sooner rather than later, I looked into the “VIP Packages.” Go big or don’t go, right?

There are three packages.

And at this point, I must warn you: If you are a fan of The Who you might want to stop reading right now because otherwise you may be so disturbed that you will bin, erase or otherwise dispose of your collection.

The packages are, from top to bottom: “Baba O’ Riley Ultimate Soundcheck,” “My Generation Soundcheck” and “Who Are You Premium Seat.” 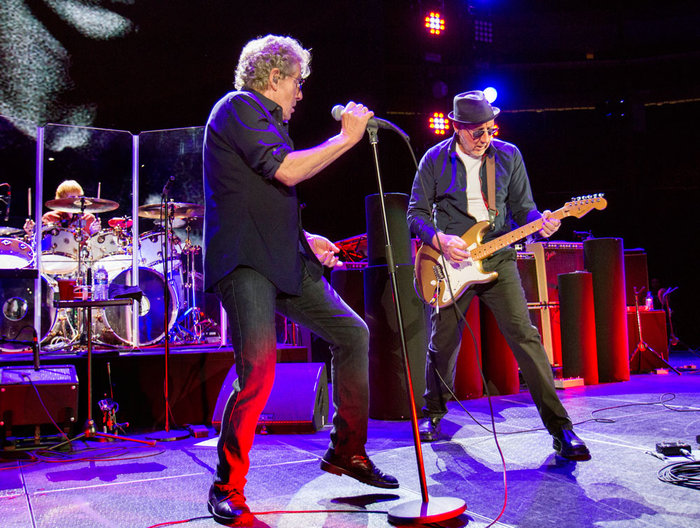 The soundcheck packages include a seat in rows 1 to 3 or 4 to 10. Then both offer “Exclusive preshow Soundcheck* by members of The Who; Invitation to The Who’s pre-show VIP Lounge** including: Exclusive access to The Who’s memorabilia display with instruments, past and current show photography; Photo booth access to commemorate your evening; Hot and cold hors d’oeuvres; Beer, wine and soft drinks (2 drink tickets per person); DJ playing your favorite The Who set list.” Of course when you go to the concert, you surely want to hear recordings of the songs that you actually are paying money to hear live.

Now a couple of things beyond the nearly heretical naming of the packages.

The second set ** goes to: “No Artist involvement in VIP Lounge.”

Let’s think about that one. You are going to “The Who’s pre-show VIP Lounge.” So given that it is the pre-show lounge of the members of the band that you are going to see putting on a show, wouldn’t it be conceivable that the members of the band would be there? If not, then aren’t we simply back to the fact that “The Who” is not a band but merely a label slapped on various and sundry things for purposes of marketing?

Is it likely, then, that “The Who’s memorabilia display with instruments” will include instruments that were picked up by the local promoter and stuck in a glass container: Let’s face it, the band has its own actual instruments to deal with without having all manner of vintage objects along for the ride.
And the “past and current show photography.” Is it of The Who, “The Who” or someone else?

Those opting for the bottom of the list “Who Are You Premium Seat Package” need not concern themselves with that. They get a “premium reserved ticket” (are tickets sold for shows where there are specific seats assigned anything other than “reserved”?), a “limited edition” tour poster (how limited: as many as they had paper to print on?), a “commemorative VIP laminate” (with none of the dubious VIP Package buyers benefits), a “Limited edition The Who guitar pick set in custom casing” (is it “set” a noun or a verb?), and a “Specially designed messenger bag.” Just like the band doesn’t carry.

At this point drink tickets would be in order. More than two.

One thought on “Who Do They Think They Are?”