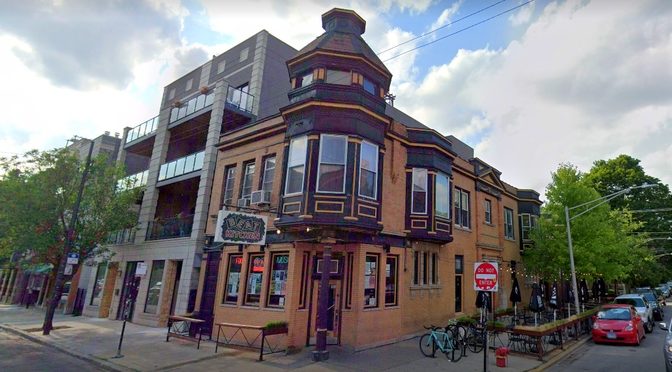 “Musick has Charms to sooth a savage Breast,
To soften Rocks, or bend a knotted Oak.”

It may be hard to conceive, but there was actually legislation presented in the US Senate this week to help keep the spotlights on and the amps operating at small music venues.

Why is what is literally named the “Save Our Stages” act so surprising is because it is sponsored by two people who seemingly have nothing more in common than the fact that they work in the same building.

One of the sponsors is Amy Klobuchar (D-MN), the woman who had been running for the Democratic presidential nomination with the message that a bit of common sense and decency (contrasted with the ways and means of the current resident of 1600) are in order.

The other is John Cornyn (R-TX), the man who is generally seen only standing behind Senate Majority Leader Mitch McConnell, positioned in such a way that you have the sense that he would take a bullet for Mitch, the senator who has proven to be as craven as is conceivable.

The word from Klobuchar is “Minnesota’s concert halls, theatres, and places of entertainment, like First Avenue in Minneapolis, where Prince famously performed, have inspired generations with the best of local music, art, and education. This legislation would help ensure that small entertainment venues can continue to operate, and serve our communities for generations to come.”

Which has a sense of Midwestern practicality and forthrightness about it: she evidently understands that the arts are not superfluous to the education of people of all ages.

Cornyn said, “Texas is home to a number of historic and world-class small entertainment venues, many of which remain shuttered after being the first businesses to close. The culture around Texas dance halls and live music has shaped generations, and this legislation would give them the resources to reopen their doors and continue educating and inspiring Texans beyond the coronavirus pandemic.”

Given that the reopening of Texas—based on the explosion in the number of cases of COVID-19—occurred a bit too soon thanks to Governor Greg Abbott’s evident fealty to the King Who Is Wearing No Clothes, one hopes that this means that the reopening Cornyn is referring to is something that will happen only after there is control of the virus.

Cornyn strikes me as the kind of politician that only Hunter S. Thompson could have adequately described.

What is interesting (and laudable) about the act is that it would provide six months of financial support to venues (including paying employees; it would allow the Small Business Administration to make grants that are equal to the lesser of either 45% of operation costs from calendar year 2019—you need to base the amount on a normal year—or $12 million) that are not arms of giant organizations.

The bill carefully describes the characteristics of the “operator, promoter, producer, or talent representative” that could qualify. It includes that said person needs to have been in business on February 29, 2020 (i.e., this is pandemic relief, not something meant to resurrect a failed business earlier in the year), and it even describes the venue that must exist, including:

And this is an important requirement: “There is a paid ticket or cover charge to attend most performances and artists are paid fairly and do not play for free or solely for tips, except for legitimate fundraisers or similar charitable events.”

In other words, the venue operator is not going to get funding if its sole purpose is to exploit performers.

What’s more, the bill explicitly prohibits monies going to big businesses. The venue operator, producer, promoter or talent representative “cannot be majority owned or controlled by an entity” that issues securities on a national exchange; has operations in more than one country; owns venues in more than 10 states; employs more than 500 full-time employees; receives more than 10 percent of its gross revenues from Federal funding.

The hogs are not permitted at this trough.

The funds are to be used for payroll (employees both active and furloughed), rent, utilities, mortgage interest, and other financial needs germane to maintaining existence.

And this may be even more surprising than two unlikely people sponsoring the bill:

That’s real money. The proverbial “billion with a b.”

The senators acknowledge that 90% of the small live music and entertainment venues the bill is created to support “are at risk of closing without additional financial assistance and an estimated $9 billion in losses should ticket sales not resume until 2021.”

Perhaps the extra billion in the bill recognizes that even if ticket sales resume in 2021 it is not likely to occur on January 1.

Which brings me back to Texas. On March 19 Abbott closed gyms and inside dining at bars and restaurants. On March 31—because the virus kept spreading—he issued a stay-at-home order that was to be in effect until the end of April. . .but then allowed elective surgeries and state parks to reopen on April 17. Seems like 17 days was too much to bear. Then on April 30, stores, restaurants and movie theaters were able to open, with restricted numbers—and we know that that worked out. May 5, the gyms were back. May 18: bars and breweries were back. On June 3 Abbott launched Phase III of the re-opening, which included restaurants going to 75% capacity.

On June 26, he closed the bars. COVID cases had exploded. Abbott stated: “If I could go back and redo anything, it probably would have been to slow down the opening of bars, now seeing in the aftermath of how quickly the coronavirus spread in the bar setting.”

And let’s face it: bars are characteristic of the music venues described.

Jane Austin wrote, “What is right to be done cannot be done too soon.”

And now, what is wrong to be done too soon is deadly.

Take Action: Tell your legislators to save independent music venues!