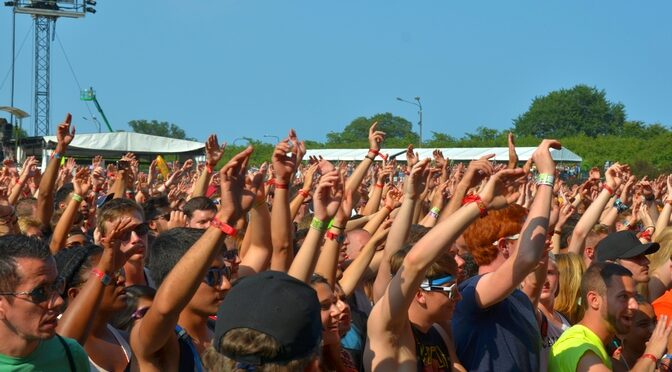 Although this is certainly not a news source—or at least it ought not be unless you have a rather peculiar sense of what news is, although if it is indeed the case, we’re not being critical here because we certainly want to encourage readership—results from a survey that was just released by Morning Consult are germane to one issue that we’ve been looking at for the past several weeks (which, admittedly, feel like the past several years, as time has taken on a different characteristic), so we thought we’d get this out sooner rather than later. So, yes, arguably, this information is news.

They asked a statistically significant number of U.S. adults about their plans regarding a variety of outdoor/social activities, ranging from Going out to Eat to Going to an Amusement Park.

What’s more, they asked the people to identify as to whether they’re Republicans or Democrats.

One of the questions was about their plans for Going to a Concert.

In April 6% of Dems said they’d go. In August the number remains the same.

The Republicans are a bit more bullish. In April 14% said they’d attend a concert, and that has gone up five points to 19%.

And looking at “all” Americans, they started at 10% in April and just inched up 2%.

What is notable is that the only activity that scores lower than Going to a Concert is Traveling Abroad. In this instance, the number of Democrats at the start was 5% and it has grown to 6%; the number of Republicans started at 11% and grew to 15%; the number of “all” started at 8% and went to 12%.

Going back to the topic of concerts: Turns out that Millennials are more likely to go to a concert than Boomers, with 16% of Millennials saying they would and just 9% of Boomers. Interestingly, both age cohorts have had a 3% rise in their willingness since April 29-30.

Still, no matter whether it is young Republicans or old Dems, there are hardly the numbers that would make it particularly economically viable for there to be a return to concerts anytime soon.

And that’s the news right now.