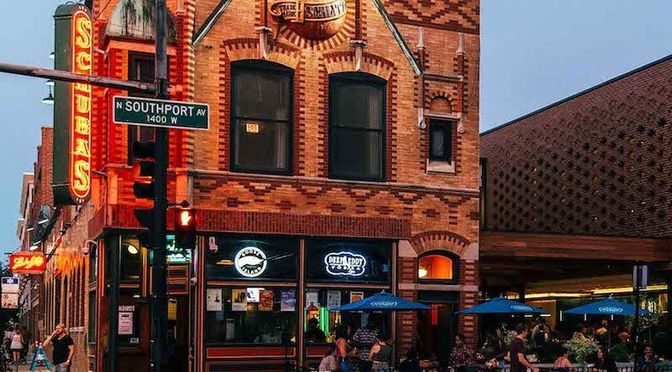 Last week, more than 600 musicians and comedians signed a letter sent to Congress on behalf of the National Independent Venue Association (NIVA). In this letter, asking for aid, there is the following sentence: “We will know America is ‘back’ when our music venues are filled with fans enjoying concerts safely.”

Given what is happening out there, it seems as though America is not going to be back any time soon.

And according to the NIVA, “Due to the national routing of most tours, this industry will not recover until the entire country is open at 100% capacity.”

Again, 100% is a lot to shoot for unless you’re a craven politician who cares nothing about health and just adulation.

So what does the NIVA ask for? Things like the RESTART Act (S. 3814), which does things like provide money to businesses that is equal to six months’ payroll, benefits, and fixed operating costs. Up to 90% loan forgiveness for businesses that have fewer than 500 FTE (full-time equivalencies, as in people with jobs), and a 7-year payback period for the loans. Tax credit relief for a percentage of refunded tickets. Rent/mortgage tax credit (as in the Keeping the Lights on Act (H.R. 6799). An employee retention tax credit for shuttered businesses that have obtained PPP loans that runs until the business is back and at 100% capacity. And tax credits as described in the Clean Start Act (H.R. 7079) for cleaning businesses and providing PPE for employees and customers.

All of which is to say that (1) the independent venues that the NIVA represents are looking to the federal government for money to stay in business and (2) the NIVA is clearly somewhat optimistic about a 100% return of patrons to their venues in a foreseeable future.

Music and entertainment venues are not the only facilities that are on the brink of partial extinction.

For example, there are restaurants, not all of which are owned by conglomerates.

On April 29 the Independent Restaurant Association sent a letter to Congress, which reads, in part:

“Throughout this crisis, the independent restaurant community, representing over 500,000 restaurants and 11 million employees, has been hit especially hard. At present, four in 10 restaurants are closed and the remaining 60% are operating at severely depressed revenue levels (sales have plummeted $80 billion during the months of March and April alone). According to the National Bureau of Economic Research, restaurants can only expect a 30% chance of staying open, if the COVID-19 crisis lasts four months, which is lower than any other industry. Once we are allowed to reopen, we will continue to face significant hurdles. Revenue generation will be severely compromised due to social distancing policies (requiring fewer individuals in our restaurants) and limitations to large revenue generating events, including weddings, birthdays and corporate events.”

According to that association, the restaurant economy is $760-billion. And in addition to the direct employees, there is the knock-on effect of the employees in the restaurant supply chain, on the order of 5-million workers.

So the independent restaurateurs need significant help, too, and while there are many that have opened, again realize that they’re far from 100% capacity, and that is likely to be the case for quite some time.

Think of the network effects in the economy. Restaurant workers who might have gone to music venues find themselves out of work so they can’t go (assuming they have the opportunity). And those who worked at music venues are unable to spring for a meal at a restaurant, so they don’t go.

It is frightening to consider that the solution that both of these industries are counting on are politicians.

Here’s hoping that the scientists and researchers develop a vaccine soon.