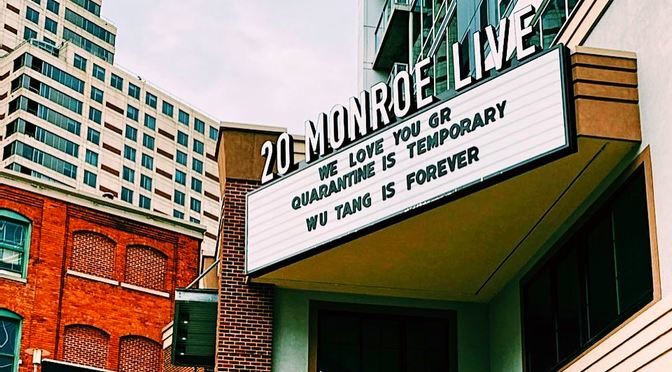 When Live Nation announced its earnings for Q1 2020, they were down 20% year over year, which is surprisingly not bad. Convert revenue was down 25% and ticketing off 16% compared to the same quarter in 2019. According to Live Nation CEO Michael Rapino, “Globally, over 90% of fans are holding on to their tickets where refunds are available, which is the clearest demonstration of pent up demand that will enable us to quickly start concerts back up.”

Of course, there are other considerations as to why a number of those people may still have their tickets, which has absolutely nothing to do with their fervor to see a show.

Presumably there are a whole lot of people on the planet who have been otherwise occupied.

And given that 20.5 million people lost their jobs in the U.S. in April, bringing the overall unemployment rate to 14.5%, odds are that even if they have a cache of ducats, they’re probably spending their time trying to file for unemployment benefits than dealing with trying to get refunds for tickets, as expensive as those tickets may be.

But CEOs must be optimistic.

Live Nation put out some stats with its earnings numbers that are lack only a bright, big smiley face.
For example, according to a survey it conducted, “when event restrictions are lifted”—which in some states can’t happen fast enough, which makes one wonder about what the governors of those states really think about their governed—the most “likely attended type of event” will be. . .live music.

Live music is at 91%, followed by movies at 87%, theater 78%, and sports 75%. Which doesn’t seem to track (c’mon: more people are going to go to the theater rather than a baseball game?), it should be noted that this study is the “Global Gen Pop/Live Music Goer Study,” the participants seem to be those who are essentially “live music goers” or “live music ticketholders.”

But that 91% number surely looks good for those investors in Live Nation who are undoubtedly feeling sick to their stomachs thinking about what Q2 earnings are going to look like.

This is a rather startling finding in the Live Nation study: 41% say that they want “Seating that maintains adequate distance between attendees.” And 39% are in favor of “Social distancing requirements at entrance lines.”

Which seems odd in light of a Gallup study released on May 8. In answer to “How confident are you that social distancing saves lives?” 57% are “Very confident” and an additional 30% are “Moderately confident.”

Maybe Live Nation partisans aren’t all that interested in. . .life?