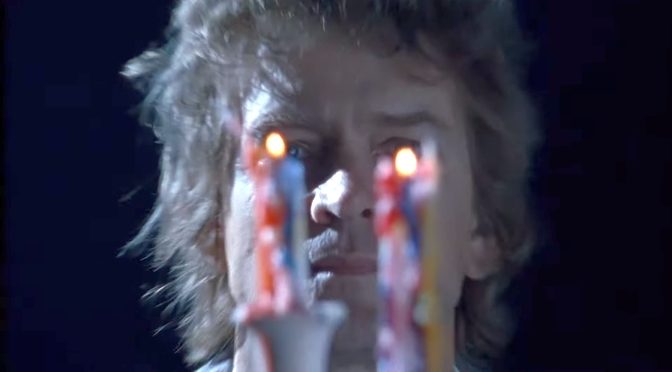 Directed by Ben Chappell. From Dear Life, due April 24 on Third Man.

Fresh off the heels of the third Raconteurs album, Brendan Benson is back with his seventh solo album. The first single sounds a little less rock than his previous stuff but that’s not so bad. There’s some deliberately noticeable autotune on the vocals that’s a little disconcerting at first but it works with the synth tones of the bass and programmed drums.

The video features rollerskating and dancing with a horse. And why not?

And I’ve been searching for that hunger
That I knew when I was younger
When I was never satisfied.
Now my body’s getting older
But my brain is aging slower
And I feel young inside.

This is a sentiment that a lot of middle-aged dudes can attest to. I’m about the same age as Benson and it’s weird to be in this spot where you look in the mirror and think, Who the hell is the old guy and how’d he get into my bathroom? Getting old sucks balls, no doubt about it, but as Benson suggests in the chorus, it’s certainly better than the alternative.