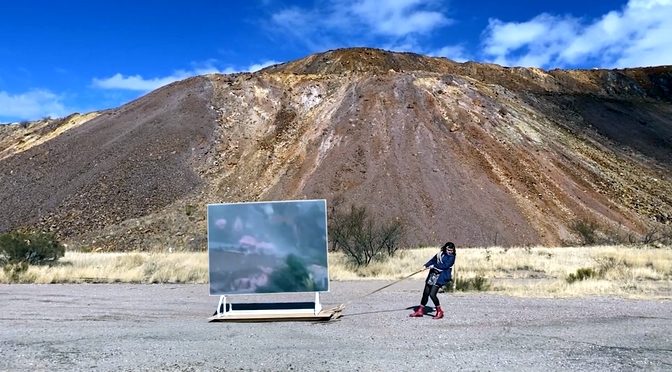 Directed by Kenny McLain. From Kicks, Hits and Fits, due March 13 on Burger.

Remember the Exbats, the father-daughter duo from a couple weeks ago? They’re back with a new song, and it’s just as charming and catchy as the previous single with even more of a Shangri-Las vibe.

“We love punk stuff like FIDLAR and Death Valley Girls.” Inez says, “And I love a good pop song from different bands like Pulp, Flight of the Conchords, and 12-year-old Inez would tell you that nobody writes a better song than Harry Styles, but mostly we’re a Monkees family.”

Watch as Inez McLain lugs a big old green screen around the desert as images of various disasters like wildfires, floods, riots, and Betsy Devos flash across the screen.