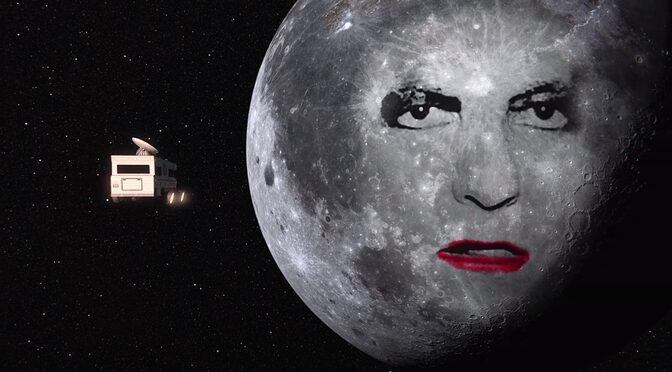 Directed Jamie Hewlett. From Song Machine, Season One, due October 23 on WMG.

That is to say: I’m an idiot. And please ignore any predictions I make about the future.

Because Robert Smith is still going at it and doing good stuff and the kids love the Cure more than ever, and the guy from Blur has turned his Gorillaz into a mainstream hit machine. Which boggles my mind, but what do I know? Clearly, not much.

(I am, however, still holding a grudge against Albarn for dropping Del the Funky Homosapien from the project after the first Gorillaz album. Del rules.)

So here we are in 2020 and Robert Smith has teamed up with the Gorillaz for a new Covid-themed single and he even appears in the video as the man in the moon. Which seems perfect.

Battle war of the worlds, surgical glove world, bleach thirsty world
I’m twitching in the grimy heat, I think I might be spinning

It is indeed a strange time to be alive.