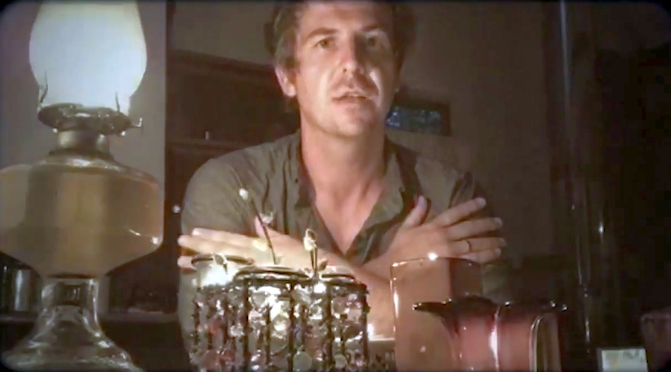 Video: Hallelujah The Hills -- “It Still Floors Me”

"It Still Floors Me" - Hallelujah The Hills [OFFICIAL VIDEO]

From I’m You, out now on Discrete Pageantry.

With its prominent flute and plucked viola, “It Still Floors Me” is a highlight of Hallelujah The Hills’ I’m You. Of all the tracks on the album, this is the one that most explicitly references frontman Ryan Walsh’s not-so-secret identity as an expert on Van Morrison’s 1968 classic Astral Weeks.

It doesn’t hurt that the guy playing the flute and soprano sax on “It Still Floors Me” is John Payne, the same guy who played those instruments on Astral Weeks. So the similarity in vibe is clearly intentional. There is a swath of pure beauty and mystical awe that cuts right through the heart of the work. *

That idea of “mystical awe” is the theme of Walsh’s song. What is it that still has the power to move us in this era of science, technology, and access to all of the world’s information? That question remains unanswered. “When you solve the mystery you become one yourself.” Is that why we makes gurus out of anybody who convinces us they know the way?

It’s astonishing to realize that even the most impressive art and literature and philosophy throughout history wasn’t beamed down to earth by gods but created by mere mortals like me and you. “Confused by classics, mistaken for miracles.” Who are these people who write The Illiad, or paint the Sistine Chapel, or come up with the guitar solo in “Louie Louie”? It seems miraculous, but it’s not. It’s entirely human. And that’s mind-boggling. Overwhelming, really.

* Yeah, I confess I totally stole that line from Lester Bangs. You got me.