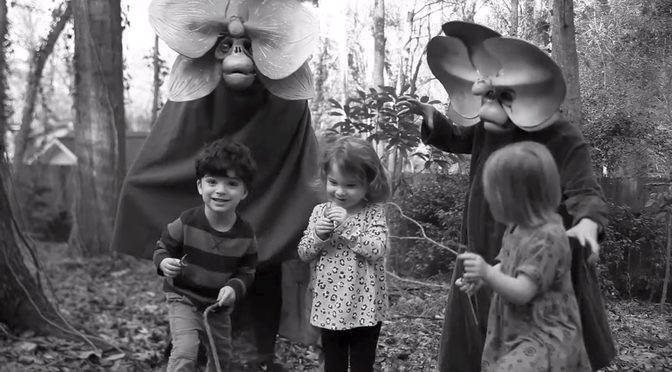 Video: of Montreal -- “Get God’s Attention By Being An Atheist”

Directed by Christina Schneider. From UR FUN, out now on Polyvinyl.

It’s fun when Kevin Barnes turns up the guitars. For the past couple of decades he has gone back and forth between making disco beats in his bedroom, and getting down with a full band. Sounds like of Montreal is a badass glam rock band now. Which is awesome.

Barnes told Songfacts, “It’s a cheeky song playing with these different ideas of whether or not you can have blind faith or whether you need to antagonize God into believing in you. We’re always worried about us believing in God, but it’s more important that God believes in you. So it’s playing off that idea, and also with the carpe diem chants in the choruses it’s about not being afraid of life: not letting society or conventionality prevent you from exploring your psyche, exploring your sexuality, exploring all levels of your human experience.”