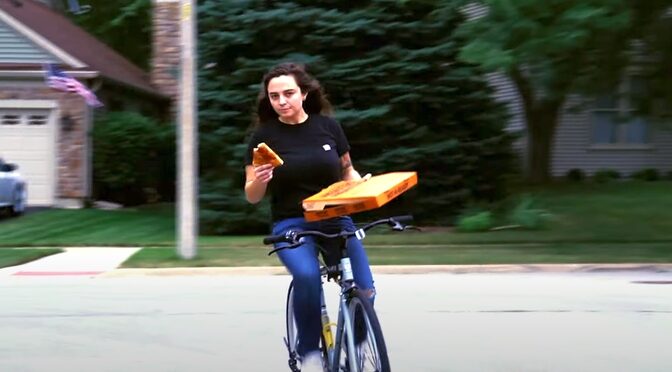 Directed by Deanna Belos. Single out now on Hopeless.

This is the band’s first single for Hopeless Records. Presumably an album will follow but no announcements have been made to date. Sincere Engineer’s previous album, 2017’s Rhombithian, was great and seeing them open up for the Hold Steady in Chicago was a highlight of 2019 for me.

Super excited to hear more! But listening to the lyrics makes me wonder, how can someone so young sing words so sad?

I wanna go outside. I wanna ride my bike, but I feel dead on the inside.
I put too much trust in future me. She can’t be trusted.

I get it. But I’m a jaded old grump, beaten down by life and a mean, uncaring world. It feels weird to identify with a young girl with such mad no-handed-bike-riding skillz.

Deanna take a bow. Boot the grime of this world in the crotch, dear.