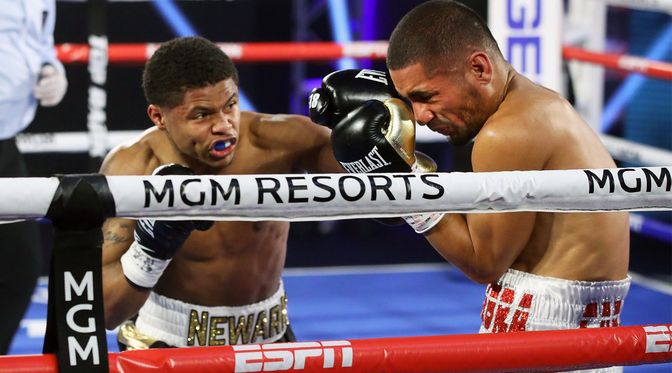 Of course, also unlike either of those two events, there isn’t necessarily a cowhide to the jaw wallop or an intentional foul that leads to an orbital fracture.

But concerts—outside or inside—like sporting events include crowds of people who are, ideally, exhilarated by what they see, which manifests itself in shouts and cheers and unpredictable physical movements. All the sorts of things that can cause intentional (or otherwise) contact with other people, which means that they are all the sorts of things that are not ideal right now.

Any given team in the NBA is worth about $1.5-billion. The whole league is valued at about $70-billion. Top Rank is privately held so its valuation isn’t public, though those who look at such things note that the UFC sold for $4-billion in 2016, so odds are there are ten digits associated with Top Rank, as well.

One can imagine that the league would have the resources to create quite a good, robust bubble, as would Top Rank.

But what of concert promoters? And would it even matter.

Whether it is boxing or basketball, there is tremendous familiarity among audiences to watch on TVs and there has been back when the screens were black and white and there were rabbit-ear antennas on the top of the box. Both have always had advertising layered into the broadcasts.

Would this work for concerts? Probably not.

Did you ever notice that when there are charitable musical performances on television there tends to be a multitude of performers? Part of this goes to the point of attracting as many viewers as possible, so having various acts does that better than a few. But one could also make the argument that when people are watching TV they tend to have short attention spans such that an hour of non-stop playing isn’t something people would sit through--although during a live performance they’d wish that it would go on as long as one of those Grateful Dead shows of yore.

Even were [fill in your favorite band here] to go into a bubble for a number of days and then play live with a multiplicity of cameras pointed at it and extraordinary audio equipment picking up every audible nuance, would there be an economic argument that could support such an undertaking. . .or would most people simply find an earlier performance on YouTube?

Is there something that is so visceral about live musical performances that makes it essentially impossible for it to be experienced thoroughly without physical presence?

I’m afraid there is.

Editor’s note: Perhaps the Flaming Lips have solved this problem…

Video: The Flaming Lips -- “Race For The Prize” (live on Stephen Colbert)

The Flaming Lips "Race For The Prize" - Late Show #PlayAtHome

Via The Late Show with Stephen Colbert.