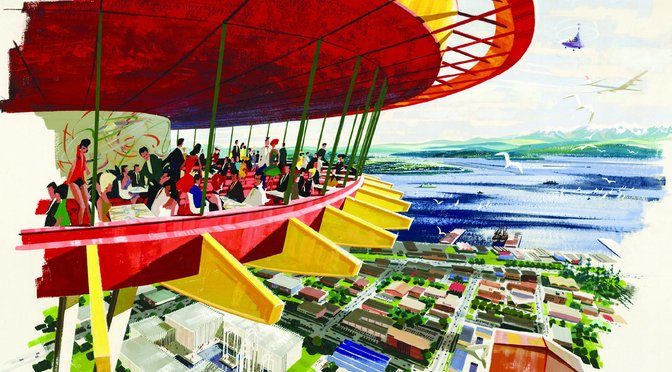 Elevators are one of the places where there is sometimes that background music being piped in, the music that is like beige wallpaper. Once, this was known as “Muzak,” before the company that owns that brand, stopped using that name. The company is Mood Media, and it is based not in Seattle, but in Austin, about which a similar tour guide could be told, albeit one that would lack the tall structures and rain. Mood Media has a platform called “Harmony,” that is the current source of in-store music.

Mood Media—it also provides scents and visible signage to customers—is going to be filing for bankruptcy.

Now, as is the case nowadays when companies file they don’t go away. There is “restructuring” and somehow they come out whole, and those that hold their debt don’t. So there will still be elevator music generated by the company.

But the fact that it is economically struggling—as all-too-many businesses, and consequently, people are—got me to thinking about another change that the pandemic is causing.

Given a choice, would you want someone to install Far-UV-C devices in the elevator—or any other enclosed structure you’re going into—or background music? While this may seem to be a trivial question (although it isn’t for those whose paycheck depends on your making the second choice), it points to a larger issue as we make adjustments in order to make it through the present period: what do we expect when we can go back to places like MoPOP or a bar on Sixth Street in Austin?

The elevator music may not matter. But what of the other?

One thought on “The Lights (ultra-violet) of Seattle”