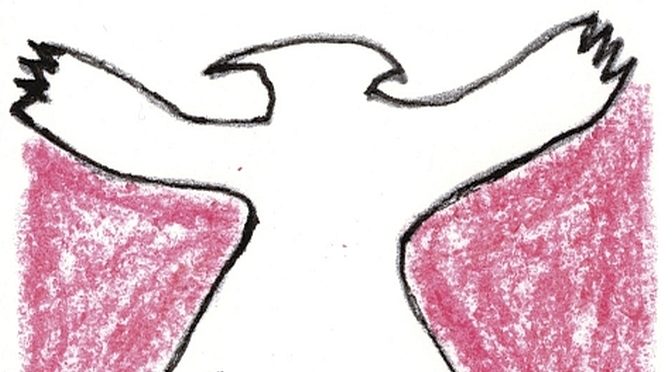 the Mountain Goats - Until Olympius Returns

It’s hard not to feel doomed these days. Democracy, empathy, our general welfare: all of these things have been eroding away for the past few years. Longer, of course, but the erosion has ramped up lately like the rising waters of Lake Michigan eating away the shoreline.

This pandemic and the response to it might be the final nail in the coffin. Will our culture survive?

Our temples are record stores, independent book shops, and small restaurants. Our ceremonies are sweating with strangers in dark clubs with live music. Will any of that even exist in a couple years?

Do you think the fourth and fifth century pagans throughout the Roman Empire thought about stuff like that while the Christian mobs and Roman armies were systematically wiping them off the face of the earth?

On Songs for Pierre Chuvin, John Darnielle goes back in time to an era that’s hardly recognizable anymore: the 1990s. It was a time when dudes sat on the living room floor and recorded earnest songs about ancient esoterica into boomboxes. They dubbed copies of their cassettes and passed them around to their friends, who dubbed copies and passed them around to their friends, who picked out their favorite songs and compiled them onto mixtapes to impress pals and woo women. The world was physical and the exchange of these artifacts took place in dorm rooms and shitty apartments, face-to-face or delivered to mailboxes.

I first became aware of the Mountain Goats at the tail end of this era. All Hail West Texas was the last album that John Darnielle recorded on his Panasonic RX-FT500 portable cassette player. Since then Mountain Goats albums have gotten gradually more sophisticated, recording in professional studios, adding a bass player, then a drummer, eventually even a saxophone. Darnielle’s compositions have matured as well, as has his musicianship, and several recent recordings feature Darnielle on piano instead of guitar. 2017’s Goths features no guitar at all. It’s jazzy.

Video: The Mountain Goats -- “For the Snakes”

the Mountain Goats - For the Snakes

As we get older we all lose some of the spontaneity and exuberance of youth. That’s not a bad thing, necessarily, but thinking about it triggers nostalgia in certain sentimental types.

And when the world is changing fast and gets too scary, it can be comforting to let yourself wallow in a bit of nostalgia. Romanticize the old days a little. Whatever gets you through the night, right?

A new Mountain Goats album recorded on the boombox while on stay-at-home lockdown orders is helpful.

Last night I found myself listening to “Exegetic Chains,” the closing song on Pierre Chuvin, on repeat, for almost an hour. I was in the kitchen doing a jigsaw puzzle and making dinner while my wife was working from home in our bedroom and my son was playing online videogames with his friends in his.

Make it through this year
If it kills us outright.

The song would end and I’d play it again.

I kept thinking about the night I brought home All Hail West Texas eighteen years ago and had my mind blown at a time when I really needed something to believe in.

And right now, Pierre Chuvin is just what I need.

I am rooting for all those doomed pagans in Syria and Alexandria and Algeria, fighting the good fight after their gods abandoned them and their statues lost their power and their champions fled to Italy. Throw rocks at soldiers! Burn some bishops! Assassinate the emperor!

Is there comfort in knowing that the appropriation of pagan culture lives on in the way we celebrate holidays to this day? I dunno. Will you be happy if you can buy Taylor Swift on vinyl at Target after this is all over? Are you happy ordering an artisan bread bowl at Panera? Because those places will still be here. The mom and pop shops? We’ll see. I hope so.

The places where we met to share our secrets now and then
We will see them again.

Will we though? I’d like to believe we will.

Mark Twain said, “Faith is believing what you know ain’t so.” And in that sense, Songs for Pierre Chuvin has restored my faith that it’s all going to be alright again some day.