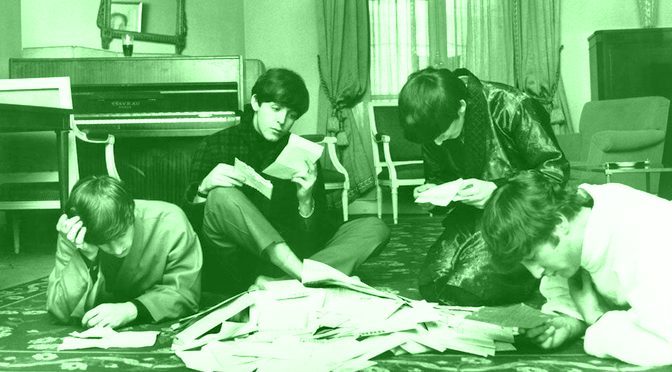 I remember seeing a photograph of The Beatles nearly buried in a massive snowdrift of fan mail.

Or maybe it was The Monkees.

Either way, there were certainly a lot of cards and letters sent their way by adoring fans and probably by a number of people who they would have probably preferred liked the Stones. (Assuming we’re talking The Beatles here. Otherwise I’m not sure who the appropriate foil would be. The Archies?)

Certainly, there were people who worked for the bands who opened the letters and possibly responded to them. Remember: this was an earlier time when things like that were conceivable. (E.g., I sent a letter to Morgus, host of “Morgus Presents,” and I received a postcard in return, so while the host of bad horror movies at 11:30 pm on Friday nights may not have been to the level of any of the aforementioned, it proves my point. Somewhat.)

Many of us have a romantic notion of what a rock and roll band is (talking in the context of bands who more people are aware of than who, for example, remember Morgus).

Like as Roger Daltrey writes in his Thanks a Lot, Mr. Kibblewhite, of The Who’s early touring:

“It was on one of those long trips to Margate, Folkestone or Dover that I broke our beautiful new van. Okay, it wasn’t beautiful and it wasn’t new either. It was an old Post Office Austin with sliding doors. . . . The main thing was that it worked. . .or did until I hit a railway bridge. . . .

“It had a huge dent in the front, which we fixed with the help of a lamppost opposite my mum’s house, a heavy chain, and a flying start in reverse. I sorted out the door with some two-by-four timber, a hacksaw, and some sheet metal. Any further dents, Pete painted red to look like dripping wounds. Good as new, except the rest of the band had to climb through from the driver’s seat.”

That was then. This isn’t.

While I am confident that there are a multiplicity of young and hungry musicians out there right now—and who would be out there on the road right now were it not for so many closed clubs, halls, bars, fairs, basements and other venues—many bands that we are cognizant of aren’t a group of rag-tag scrappy performers so much as proprietors of businesses.

“The PPP is providing much-needed relief to millions of American small businesses, supporting more than 51 million jobs and over 80 percent of all small business employees, who are the drivers of economic growth in our country. We are particularly pleased that 27% of the program’s reach in low and moderate income communities which is in proportion to percentage of population in these areas. The average loan size is approximately $100,000, demonstrating that the program is serving the smallest of businesses.”

That’s Treasury Secretary Steven T. Mnuchin. Prior to getting that position, he was a movie producer and ran a bank that had problems vis-à-vis foreclosing on people. Of course it did.

The PPP is the Payroll Protection Program, instituted to address the massive unemployed caused by COVID-19.

It turns out that among the small businesses that received loans are, reportedly, bands. From Green Day to Nickelback (aren’t they Canadian?), from the Eagles to Wilco.

The requirements of the PPP loans are that those that get them don’t have to pay them back if they keep people on their payroll.

Like people, perhaps, who look at all of the email that a band receives.

The Small Business Administration, which administers the loans, categorizes the types of organizations receiving them using the North American Industry Classification System (NAICS).

The category for Musicians falls under “Arts, Entertainment and Recreation.” As regards the PPP loans, there were 118,332 recipients that received a total $7,996,562,961 in that category. Which may seem like a lot of money, but it represents only 1.53% of the total dispersed by the program.

You may be interested to know that the NAICS categories just above and below “Arts, Entertainment and Recreation” are “Information” and “Agriculture, Forestry, Fishing and Hunting.” The former received $9,264,147,642, and it was received by just 69,106. The latter received $7,908,693,255, and it went to 139,150 businesses. I surely hope that there are additional funding mechanisms for farmers because without going all Willie Nelson/John Mellencamp, small farms need support as much as recreational facilities—more so, in fact. 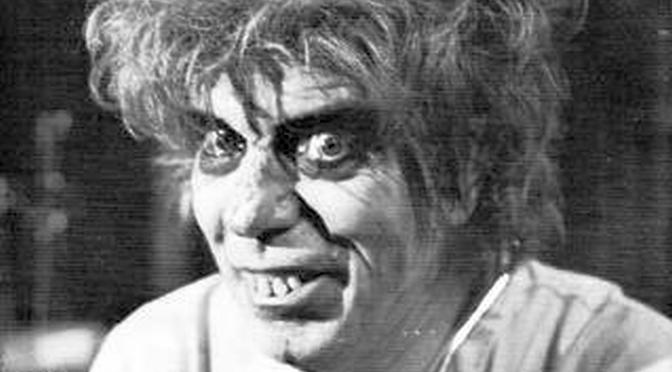 When you start looking at economic information it can suck you in like a bad movie hosted by Morgus. (No, I will not let that go.)

And so I arrived at the U.S. Bureau of Labor Statistics’ “Occupational Outlook Handbook.”

Specifically, to the “Musicians and Singers” section.

According to the BLS, when it comes to “Typical Entry-Level Education,” there is none required. The same goes for “Work Experience in a Related Occupation.” Presumably talent plays more than a small role here.

However, this is something that might put some would-be rock stars off the path income, if not fame: as for the “On-the-job Training” metric, the BLS says “Long-term on-the-job training.” That’s right, you have to keep working at it. It’s not one-and-done.

“Full-time employment” is generally considered 2,087 hours per year, so that $30.39 means that the median musician (remember: median means half make less and half make more) pulls in $63,424 per annum.

It is worth noting that according to the BLS, “Employer costs for employee compensation for civilian workers averaged $37.73 per hour worked in March 2020” (before the shit hit the fan), with wages and salaries averaging $24.82 per hour and benefits representing an average $10.53 per hour worked.

In other words, while the $30.39 is better than $24.82 (although this is not a dollars-to-dollars comparison because it is a median and average), anyone who has shopped benefits knows how expensive they are—scarier than Monster a Go-Go.