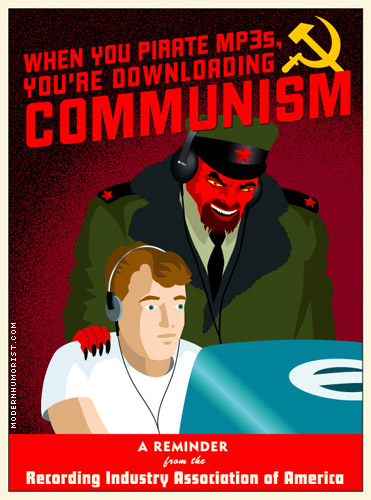 In an article in the recent Music Issue of the New Yorker, Robert Christgau reviews Heavier Than Heaven by Charles R. Cross, a new biography of Kurt Cobain. It sounds like it’s a pretty well-researched book and apparently the author had access to Cobain’s “drawings, journals, and numerous unsent letters.”

Christgau mainly praises the book, but he voices two complaints. First, Cross “inadvertently shortchanges” the music of Nirvana by concentrating too much on the life and history parts of the story. And second, it sounds like Cross might have worked a little too hard “augmenting the already plentiful evidence of Cobain’s attraction to stardom,” and didn’t spend enough time trying to figure out the alienated punk philosophy that states that mainstream = shit:

Unlike the indie-rock ideologues Cobain so admired, Cross doesn’t believe that rock’s aesthetic value stands in inverse proportion to its mass appeal. Neither do I, but his argument might have been sharpened if he’d spent more time with the opposition: people like Calvin Johnson, the doyen of indie rock in Olympia, Washington, where Cobain moved to live with his first serious girlfriend; Tobi Vail, the riot-grrrl theorist who became Cobain’s second girlfriend; Steve Albini, who produced “Nevermind” ‘s followup, the raw, cold, edgy “In Utero”; and Bruce Pavitt and Jonathan Poneman, the owners of Nirvana’s first label, the Seattle-based Sub Pop.

Of course, everybody knows it’s not cool to want to be a rock star. You’ve got to create art because it’s just bursting out of you, and you can’t hold it inside anymore, right? Well, apparently that’s not how it was for Kurt Cobain. He actually practiced his guitar. A lot.

So I’m not sure what that really means to anybody. But it’s fairly obvious that he ended up hating being famous. He blew his own head off. It’s better to burn out than to fade away, right? Well, maybe the heroin had something to do with it too. “The official version of Cobain’s heroin addiction described it as off and on, spurred by chronic stomach pain,” writes Christgau. “Cross establishes that this story was a coverup. Cobain was a big-time junkie for all but a few stray weeks of his season in the public eye…”

I remember when I found out that Kurt Cobain was dead that I knew that everybody was going to end up blaming it on the drugs. But I was convinced it was the pressures of fame that did him in. That seemed a lot cooler to me when I was 22. More punk rock for sure. Taking a stand against the Man right up to the end. But now I’m not so sure. Both explanations (fame and/or drugs) seem pretty lame to me now. As the character Nate said in the season finale of “Six Feet Under,” people have to die to make life seem more important. Well, so what do we do with that?

The fine folks over at Whatever-Dude have posted an insightful critique of Mariah Carey’s career, boobs and personality titled, Mariah’s Theme: An Unholy Shriek of Death. Check it out.

According to the Chicago Sun-Times, Jay Bennett has left Wilco. What is going on with this band? Is Tweedy going to be able to keep it together, or is this the beginning of the end? Can you even call it Wilco anymore without Jay Bennett? Wow. I’m baffled. What’s going to happen to my favorite band?

I guess Jeff Tweedy is no stranger to the ever-changing band line-up scenario. The original drummer for Uncle Tupelo, Mike Heidorn, left before they recorded their fourth album, and was replaced by Ken Coomer, who played drums for Wilco until he was recently replaced by Glenn Kotche. Max Johnston played on the first two Wilco albums and then left to do his own thing. So now the only remaining member of the original Wilco line-up besides Tweedy is faithful, old John Stirratt. I’m sure Leroy Bach is an able enough musician to fill in the gaps on tour, but it was my understanding that Tweedy and Bennett had a real creative collaboration going on between them.

In the meantime, check out this article and inteview with Jay Bennett from back in June…

The Chicago Tribune reports that Wilco has signed a deal to leave Reprise Records after the label rejected their recently finished new album, Yankee Foxtrot Hotel. Part of the deal is that Wilco gets to buy back the album and release it somewhere else. Hopefully this won’t take too long.

I have to admit that I downloaded most of the new album via Audiogalaxy, and from my initial listenings, it sounds pretty great. From what I heard, it’s not nearly as weird and “experimental” as I had been led to believe. It sounds good, like it’s continuing along the lines that Summerteeth hinted at. There are strange sounds and strange lyrics, but it doesn’t seem like a crazy enough departure to make Reprise reject it. I mean, it’s not like it’s Neil Young’s Trans. Oh well, one more major label shooting itself in the foot… Fuck ’em.

We all know how badly the record industry wants to clamp down on CD copying. But what they think of as piracy, we think of as doing what we want with something that we legally purchased. An article in the Register reaffirms just how futile the record industry’s fight really is. The article refers to a German program called CloneCD that, according to their website, “writes in RAW mode, allowing full control on the written data. Therefore, CloneCD 3 will produce real 1:1 copies of your CDs.” Sounds pretty great. I’ve always feared that my digital audio extractions were somewhat lossy, so after I try this out I’ll let you know how it works.

There’s also High Criteria’s Total Recorder, which is totally worth the $11.95 registration fee. It allows you to convert any sound file on your computer to a WAV file (which you can then burn to CDs or convert to MP3s or whatever you want to do). Yes, any sound file, even streaming media and those fucking annoying Liquid Audio files. It doesn’t make perfect, digital copies since it has to use your sound card driver, but the fidelity loss is negligible.

If you download these programs now and make backups of the installation files, as long as you have a working computer with a CD drive, the Man will never be able to keep you from listening to your music whenever, wherever and however you want to. Sock it ’em.

If you haven’t checked out Last Plane to Jakarta yet, it’s time do so now. It features some of the best music writing I’ve read since I was first cc’d on a note by Johnny Loftus. There’s a particularly great explication of a song by Chuck Berry on there right now. I love it when people go off the deep end over something they love. To me, that’s what it’s all about.

At the end of the article, the author dismisses his revelation like this:

…this isn’t exactly news. It’s nothing you’d want to admit to not knowing if you didn’t already. But every so often some song from the distant pass puts the fire of God on you and you gotta preach. I thank you for indulging me.

Preach on brother, preach on. We’ll stay tuned and continue to indulge you.

MTV sucks. We all know that. Shows like the Real World keep music videos from being played, and even though MTV rarely ever played good music videos, hey, at least they were showing music videos.

So for that, I hate the Real World. But I have to admit that there’s a side of me that loves it. The darker side. It’s probably actually the same side of me that likes Britney Spears and Hot ‘n Now. Nevertheless, I have spent more than one weekend watching Real World marathons for at least six hours straight. That’s the best way to watch them — all at once. No time to think about how ridiculous and manipulative and evil the show’s producers are. I don’t use words like “evil” lightly either. Evil.

The seven strangers are living in a building at 1931 W. North Avenue (aerial photo). That’s in the Wicker Park neighborhood which has a history of artists, noisy bars, serial rapists, and drug-related crime. As with any area that’s rapidly being gentrified, last year’s scenesters don’t want any new scenesters moving in a raising their rents and shutting down their loud clubs. That’s fair. Unfortunately, it’s also unavoidable.

I was in the neighborhood Friday night to see the Blue Ribbon Brothers at Phyllis’ Musical Inn, and afterwards I convinced my friends to try to find the house. I couldn’t remember the address at that point in the evening, so we wandered around for a few blocks until we got bored with the idea and thirsty. Probably a good thing. I don’t need any trouble with the Law.

For more detail into the madness, read Greg Gillam’s article about his brush with the real world. And for all the latest silliness, check out ReadWorldBlows.com. Start getting real.

According to an article on ZD Net News, some major labels have begun to add “digital distortion” onto newly released CDs in order to prevent piracy. They claim that it’s “all but inaudible when a CD is played through an ordinary CD player, but when a song is copied into digital format on a PC’s hard drive, the distortion shows up as annoying ‘clicks and pops’ in the music.”

ALL BUT inaudible? That means it’s somewhat audible, right? Well, fuck that. That just won’t do. I’m not that much of an audiophile — I found my receiver in someone’s trash — but you can’t just go making CDs sound worse. I don’t want to get started on the old digital vs. analog debate in which analog ALWAYS wins in the category of sound quality (digital usually wins the convenience category), but CDs are already a “lossy” medium. They do not reproduce a true, full sound wave. Maybe the record companies think that the majority of consumers who are satisfied with the sub-par fidelity of 128kbs MP3 files just won’t notice and won’t care.

But I wonder if the artists know that their work is being distorted for the sake of piracy protection. It sounds like the labels are being pretty secretive about this whole thing. Are they required by law to inform the artists that they’re messing with the sound of their music? Have any of you had any trouble with “pops and clicks” when you’re ripping your CDs? Let us know.

In an interview on XFM Online, Weezer frontman Rivers Cuomo claims that the difference between now and back when he was at Harvard cultivating the Pinkerton-era material is that “I’m not a miserable little bitch any more. I was in school about two weeks before I realised that it was really boring and wanted to come back and rock.” I think that’s funny. Maybe he’s no longer miserable, but I get the distinct impression that he’s still a little bitch.

By the way, check out Buddyhead’s gossip section for all the latest news about all your favorite stars. It’s rough out there.