The first two CDs I ever bought, in my 7th grade haze, were Pearl Jam's Vitalogy and Ace of Base's The Sign, two purchases which, oddly, I stand behind to this day.

That said though, much of my youth was wasted listening to second tier alt/grunge acts (ie STP, that first Counting Crows record, Collective Soul).
Top

I have that! The cover was brown like a piece of wood with a photo of the Mormon boys sitting barefoot (gasp! scandal!) around a creek.

On the MGM label, which stands for Many Good Mormons!
Top

That's for godamn sure. Where the hell are the blood-vomiting rock stars of today? None of them does anything half that cool.
Top

Oh, I'm going to be right at home in this thread... 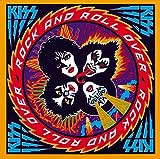 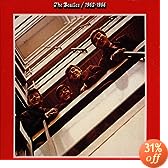 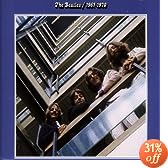 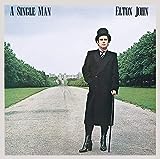 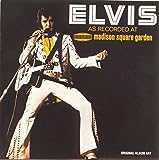 In about kindergarden, I had a child's plastic record player (mono, with the fold down top and a handle). I believe it was a christmas gift when I was maybe five. I know we had several christmas songs on 7" (the only one I remember was little drummer boy).

When we were about 5 or 6-ish, my mother dated and then briefly married Ronnie Gordon, the house engineer and studio manager for Stax Records. Ron took my sister and I to Peaches Records. I picked out Boogie Fever by The Sylvers (which I still own). That was my first vinyl acquisition.

We would regularly go to Peaches, where we each got to pick out one 7" of our own choosing at each visit.

Later at Peaches I bought my first 12", the Kiss album... actually, the only Kiss album I've ever owned (though I do have several tracks today on my iPod, not sure if that counts).

For the next year or so, I only collected 7"s.

Before that I had dubbed copies of albums on cassette from friends - Led Zeppelin IV, an atrocious Styx Greatest Hits I wasn't too crazy about even at 12, A Who Greatest Hits collection, and some Manneheim Steamroller thing. When I was 14-15 I stared buying CD's and cassettes on a regular basis and cultivated a more distinct taste of my own.
Top

Heitzie wrote: an atrocious Styx Greatest Hits I wasn't too crazy about even at 12,

It is right and just to bag on Styx, but I would be remiss if I didn't say that my next "replacing it on cd" purchase is going to be Grand Illusion if they don't have Highway to Hell in stock.
Top

I think the first was this "Two Front Teeth" Christmas album. That kid on the front really bugged us.


Then Santa started catching on.


Not long after I got this I asked for a pair of fashion boots so I could be just like Frida and Anna.

1980. First 45 I bought with my own money was "9 to 5" by Dolly Parton. First lp was Queen's The Game. I had a hand-me-down 8-track/turntable combo and went to Meijer and picked up an Elvis hits tape and The Doors' greatest hits 8-tracks. I remember that at the time Meijer had an equal size section for 8-tracks and the new cassettes. There was still vinyl too. I knew 8-tracks were on their way out, but I thought they were cool. And clunky. I eventually got an 8-track/cassette adapter for that stereo.

I remember playing "9 to 5" at 33rpm and thinking that Dolly sounded exactly like John Travolta. I wonder if that's actually true. I should go home and try that.
Top

In about kindergarden, I had a child's plastic record player (mono, with the fold down top and a handle). I believe it was a christmas gift when I was maybe five.

I had one similar to that as a kid too. I have had a record player my entire life.

I also got AC/DC's Hell's Bells on cassette for my birthday in 4th grade. I later traded it for a football.

First purchase: Rush 2112 (my dad took me to Kmart but didn't like the look of the Black Sabbath record that was my first choice, and still wondered about me with the naked dude and the red star on 2112)