Page 2 of 2
by Tim
I heard the new single this morning - its pretty good.

http://www.spinner.com/2011/02/09/the-s ... f-darkness
by Jake
You know, the Strokes caught a lot of flack, but I'll tell you what: last summer at Lollapalooza after being totally excited about Lady Gaga and then totally disappointed by her, I ran across the entire park to catch the Strokes and it was one of the highlights of the weekend. Their songs are all so damn good! Catchy pop songs about girls. What more do you want?

I skipped their third album, but I'm looking forward to this next one.

The Strokes were far more influential in the UK than they were here. There would be no Libertines or Arctic Monkeys without the Strokes. Just saying.
by DJMurphy
The Strokes' Is This It album is still a total winner in my book. It's derivative as hell, sure, but it's still full of great songs. Of course, my version is the UK with NYC Cops and the classic "Smell The Glove" cover shot... ;-) 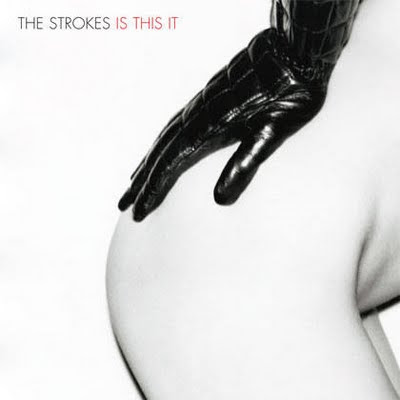 by D. Phillips
And then there's this: