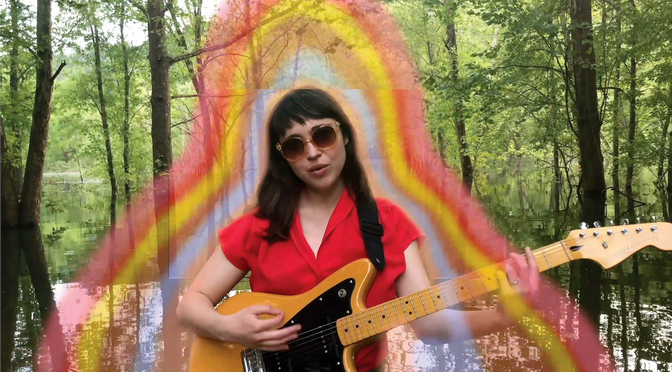 Directed by Anisa Curry Vietze. From Shell, due October 25 on Winspear.

Last time we checked in on Bloomington, Indiana’s Amy Oelsner she was ripping it up Shocking Blue-style with “Lavender Night.” This time around she’s more subdued and nostalgic, remembering “taking pictures without phones.”

Oelsner says her new song “is about looking back on that time in late adolescence/early adulthood when you don’t have much of a place of your own in the world, so you find spaces that are yours in the public sphere. Abandoned roads, parking garages, suburban hideaways--somewhere to discover yourself and each other. The video was directed by Anisa Curry Vietze and animated by Hadley Gephart. Not too long ago, Anisa attended the teen center where I worked with her friends (who were also featured in the video.) It was special to work with them on this project as it tied together my own personal memories of adolescence with my present self, who works to empower young people in their creativity as an Arts Educator and Organizer.”

We’re all for empowering kids to strip down and splash around in flooded roads. One of my most vivid childhood memories is riding bikes around Riverside Park when it flooded one year. That’s probably not a particularly smart or safe thing to do and my mom probably would have freaked out had she know I was doing it, but it was a warm spring day and the water was up past my pedals and there were no grownups around to tell us not to do it. The sun was shining and the cool water seemed still enough. The resistance made it hard to pedal but we could build up some speed on the shallow parts, water spraying behind us and all up our backs. We were soaked. And it was fun. 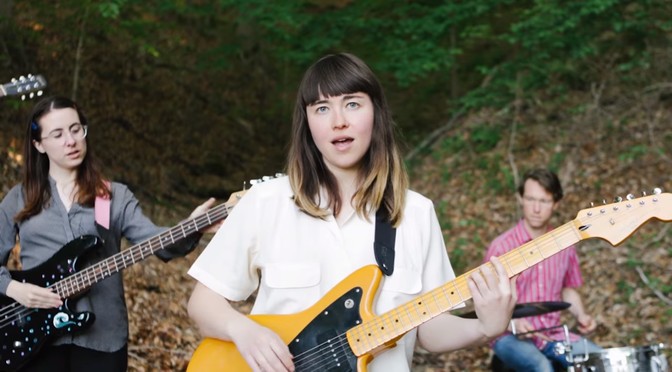 From Elastic, out now on Winspear.

“Lavender Night” starts off with a badass little riff and the harmonies remind me of Bananarama’s cover of “Venus.” Is that nuts? Anyway, it’s a cool song, and if you’re into dreamy vocals and muscular guitars you should check it out.

Amy says: “I wrote it after a little scare I had at the doctor with a mysterious lump. It’s about the constant (and often invisible) line of fragility that we walk upon in life, learning how to follow trails of light throughout difficult circumstances, and resisting the black hole-like vacuum of negative thought patterns.”