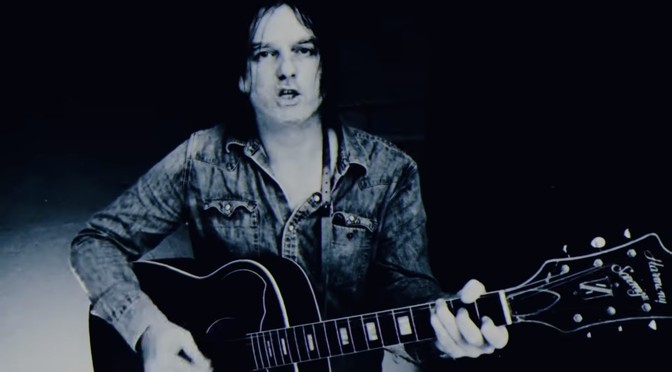 Directed by Jean de Oliveira. From From Tess Parks & Anton Newcombe, out now on A Recordings Ltd.

Oh, man…this is some witchy shit. Tess Parks teams up with Brian Jonestown Massacre bossman Anton Newcombe for a duet (of sorts) and a tour around Aleister Crowley’s Thelema Abbey in Cefalú in Sicily? Hell yes.

Described by Wikipedia as, “This idealistic utopia was to be the model of Crowley’s commune, while also being a type of magical school, giving it the designation ‘Collegium ad Spiritum Sanctum’, A College towards the Holy Spirit. The general program was in line with the A∴A∴ course of training, and included daily adorations to the sun, a study of Crowley’s writings, regular yogic and ritual practices (which were to be recorded), as well as general domestic labor. The object was for students to devote themselves to the Great Work of discovering and manifesting their True Will.” It’s now a run-down shack in the middle of the woods, which is oddly appropriate as a metaphor and a monument.

The song is a spooky, sultry rambler right in line with Anton’s mellower takes with BJM accented by Tess Parks’ smoky vocals; this is what my desert dreams are made of.

There may be no other musical sub genre I love more than the neo-psyche folk rock inspired by the ocean waves and grainy film of David Crosby macking chicks in a Big Sur hot tub. Maybe it’s my combined fascination with 12-string guitars and Charlie Manson (who is getting old, dig his recent mug shot-ed.) but there’s something about that wigged out feeling you get from the sound of blissed out chicks in miniskirts and Squaw fringe chanting and singing behind some freaky dude in a jean jacket. It’s my bag, man.

Enter Eagle Winged Palace, the latest in a line of those following in Brian Jonestown Massacre frontman Anton Newcombe‘s wandering footsteps. Leaning more on the harvest golden tint of things than Anton’s penchant for violence, Eagle Winged Palace is no less spooky. Just because Squeaky Fromme is smiling doesn’t mean she won’t twist the knife in your belly.

Hand of Doom, the debut EP from Los Angeles’ Eagle Winged Palace is available today from Park the Van Records.