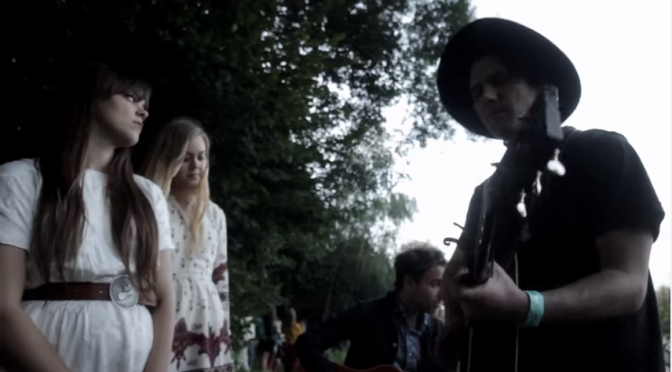 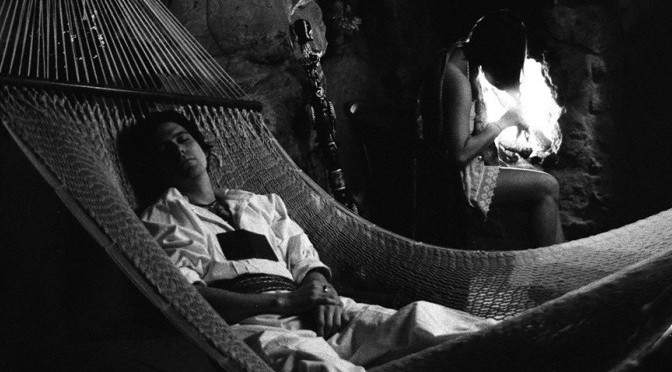 Sounds like Bright Eyes, but it’s his first solo album since some cassette releases in the mid-90s. Why go solo now? Who knows? Maybe Merge made him an offer he couldn’t refuse, and since “Bright Eyes” is so historically tied to Saddle Creek, it wouldn’t have seemed right…

END_OF_DOCUMENT_TOKEN_TO_BE_REPLACED

‘NOW’ Remains No. 1 As Bright Eyes Debuts High: “Bright Eyes…earns its best sales and charting week as Cassadaga bows at No. 4 with 58,000 units. The Conor Oberst-led group had previous bests with the simultaneous 2005 release of a pair of albums, I’m Wide Awake, It’s Morning and Digital Ash in a Digital Urn, which debuted at No. 10 and No. 15 respectively. Wide Awake started with 56,000 and has since moved 394,000 copies.”

MP3s: “Four Winds” and “No One Would Riot for Less” courtesy of Saddle Creek.

END_OF_DOCUMENT_TOKEN_TO_BE_REPLACED

Bright Eyes – “Four Winds”. This is the third song (out of six) from the Four Winds EP, due March 6 on Saddle Creek, to be legitimately offered up for free download.

Update: Video after the jump…

Previously: “Smoke without Fire” and “Tourist Trap.” The rest of the songs are good, too.

The full length, Cassadaga, is due April 10.

END_OF_DOCUMENT_TOKEN_TO_BE_REPLACED

Bright Eyes – “Smoke without Fire” (featuring M Ward) from the Four Winds EP, due March 6 on Saddle Creek. Another pretty folk song from Conor Oberst with a kind of Leonard Cohen vibe.

Pitchfork first created an MP3 page back in the autumn of 2001. But until a couple weeks ago when they rebranded it as Forkast, the mp3 page was strictly an ad revenue channel, just like the free CD that comes with Magnet magazine. Bands and labels paid Pitchfork to post their mp3s. The small print at the bottom of the page disclaimed: “Paid promotion. No critical endorsement of these songs by Pitchfork should be assumed.”

Who knows how bands and labels get their mp3s posted on the new Forkast, but so far they’ve given out some pretty interesting tracks. We’ll try to give a regular round-up of the best stuff that isn’t available elsewhere, or at least the stuff we think you ought to hear.

“Amy in the White Coat” by Bright Eyes from the rarities collection, Noise Floor, out now on Saddle Creek. You can also download “I Will Be Grateful for This Day” and stream the whole album. More Bright Eyes MP3s.

What do you think? Too precious or just right?

Bright Eyes – When the President Talks to God, live video from the Tonight Show, May 2, 2005. Pretty controversial song for Leno! Update: high-quality link.

END_OF_DOCUMENT_TOKEN_TO_BE_REPLACED

This album was covered on the main site. Read the article here.