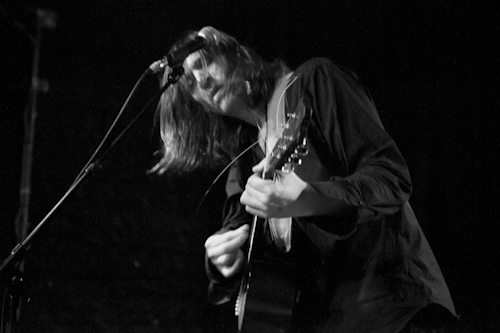 END_OF_DOCUMENT_TOKEN_TO_BE_REPLACED

The Guardian interviews Evan Dando: “Every six months or so I’ll take some mushrooms, because I can’t let go of that completely. And I don’t want to.” Via lhb. MP3: “No Backbone” (featuring J Mascis).

“Summer Wine” by Evan Dando and Sabrina Brooke from Total Lee: The Songs of Lee Hazlewood (CitySlang). Via Audiofile.

For some reason, I always find myself rooting for Evan Dando. In spite of a lot of things that make me want to hate him (his looks, his voice sometimes), I just can’t. I like the Lemonheads, and It’s a Shame about Ray has regularly ended up in my cd player since I first heard it in 1993. But it’s been a rough decade for Dando with lots of drug issues and a creative drought. He became the crackhead that music snobs loved to hate. And we all know that after junkie musicians stop taking drugs, their music starts to suck. Sad, but true. Think Aerosmith, think Eric Clapton for the most obvious examples. So what can we expect from a sober Evan Dando?