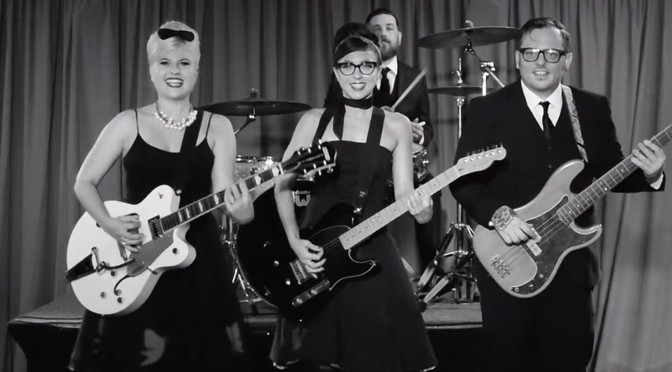 The Bombpops - Be Sweet (Official Video)

From Fear Of Missing Out, out now on Fat Wreck Chords.

Sneaking off and making out
You’re around, I’m never down
Nights like this should never end
Getting rad with my boyfriend

The Bombpops’ Jen Razavi told Alternative Press: “We drew inspiration for the video from the line in the song: ‘The jukebox played our favorite song / You said you put it on for me.’ It made us think of two kids in the ’60s falling in love. From there, we thought it’d be fun to do the video like an old Ed Sullivan Show performance. While the concept had done before, we felt that it was a solid fit for the song. We really got into it too, channeling the excitement of what it might have felt like to perform on television back in the day.”

The lyrics were written by Teenage Bottlerocket’s Brandon Carlisle, who died in 2015. The title is a nod to Carlisle’s catchphrase, according to Brooklyn Vegan. 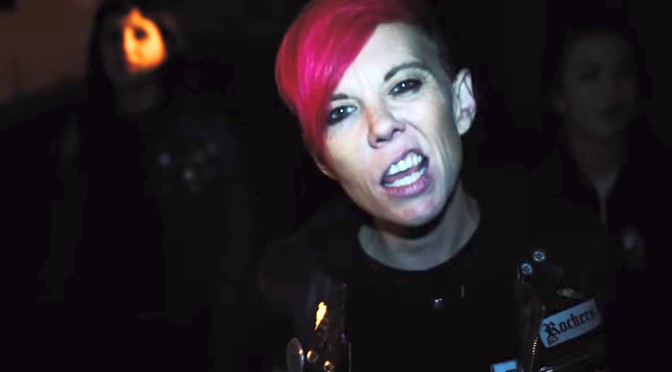 From Warriors, out now on Fat Wreck Chords.

Do you feel bummed that there isn’t more protest music being made these days? Well maybe you’re just not looking for it in the right places. Bad Cop/Bad Cop is writing the songs that need to be heard. “I can’t watch while evolution falls apart / Bury me in history with Nancy Morgan Hart.” You’ve gotta love a band who drops references to Revolutionary War heros!

While comparisons to Joan Jett might be too easy this is definitely a “recommended if you like…” situation. These gals are badasses. “On social media what’s really going on? / Opinions without action never gets anything done.” Right on. Sock it to the Man!

MP3: Me First and the Gimme Gimmes -” Country Roads” (John Denver cover) from Have Another Ball, out July 8 on Fat Wreck Chords.

Celebrating the tenth anniversary of their debut album, the band is “releasing the second installment of recordings from the original session. The wildly popular Have a Ball was initially recorded as a double album, but the band decided that the two disc extravaganza might be too much rock for the uninitiated masses.”

Me First and the Gimme Gimmes cover the Dixie Chicks: “Goodbye Earl” from Love Their Country, due October 17 on Fat Wreck Chords. Via punknews.

The Descendents – Nothing With You via Fat Wreck Chords. By way of Punk News.