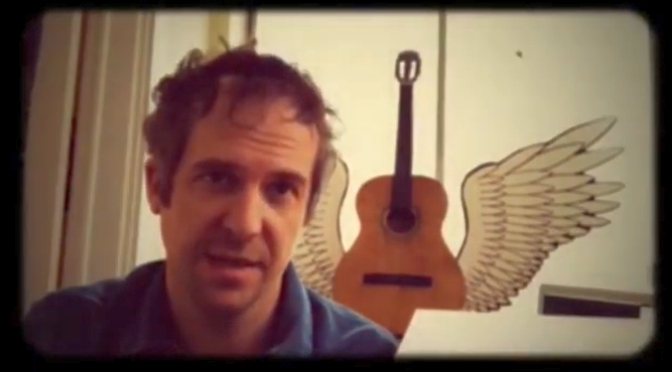 From I’m You, out now on Discrete Pageantry.

Well if my effusive album review didn’t inspire you to check out the new Hallelujah The Hills, then maybe this new video will do the trick.

Back in 1997, like a lot of music geeks, I was excited to pick up the Smithsonian Folkways reissue of Harry Smith’s 1952 Anthology of American Folk Music, which had originally been compiled from Smith’s collection of 78s from the 1920s and 30s and ultimately inspired the 1960s folk music revival. So, you know, pretty important in the history of rock and roll.

It was originally released at the height of McCarthyism, when the United States government was trying to root out immorality and subversion and unamerican activity from the lives of private citizens. The Anthology dispels the notion that people were any more moral back in the day. Nope, the “old, weird America” (as Greil Marcus refers to it) was just as f-ed up a hundred years ago as it is today with all the sex, murder, and corruption that you could imagine. The world hasn’t gone to hell; it’s always been hell.

Harry Smith was something of an alchemist. Marcus describes the Anthology as “an occult document disguised as an academic treatise on stylistic shifts within an archaic musicology.” Smith himself said, “I thought social changes would result.” Indeed, if you make the connections from the folk music revival to the civil right movement and environmental awareness, etc., you can see that Smith wasn’t wrong about that. Social changes did result.

Which is pretty insane. 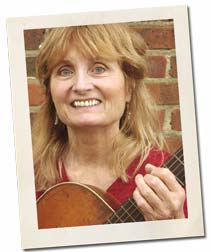 As a longtime Americana and folk fan I am pretty stoked to see the recent resurgence in interest around this style of music. The best examples are American stories told through the lyrics as well as the instruments. There’s the gentle crying of a fiddle, the slow moan of a Dobro, the pecking of a banjo…the atmosphere of the story is set and is as important as the substance of the tale.

With increased interest can also come increased posing. This is a music that has a low tolerance for inauthenticity (even if it tends to attract more than its fair share of pretenders and false accents). The good stuff comes through. The cream rises and well…the rest sinks.

And so when I see a quote of praise from none other than Emmylou Harris, I take notice:

“Alice Gerrard has one of those voices that harkens back to the likes of Sara and Maybelle. She is the real deal with the right stuff and hasn’t forgotten where country music came from.”

Indeed. Gerrard’s take on “Boll Weevil” hits all the right notes—literally and figuratively. From the new album Follow the Music, produced by M.C. Taylor of Hiss Golden Messenger, this is how we welcome autumn around here.

Well known in folk circles for decades, it’s great to see Alice Gerrard getting some attention from the younger generation.

As this fine murder ballad—also known as “Frankie and Albert“—unfolds over its seven minutes, you know how the story’s gonna end. Or do you? I like how Daniel, Fred & Julie‘s version doesn’t use the typical “Frankie and Johnny were sweethearts” melody. Not sure if they made up this melody themselves or if it’s traditional, but either way it sounds good.

Frankie walked down on the scaffold as brave as she could be / “When I shot the man I loved, I killed in the first degree / He’s my man and I loved him so…”