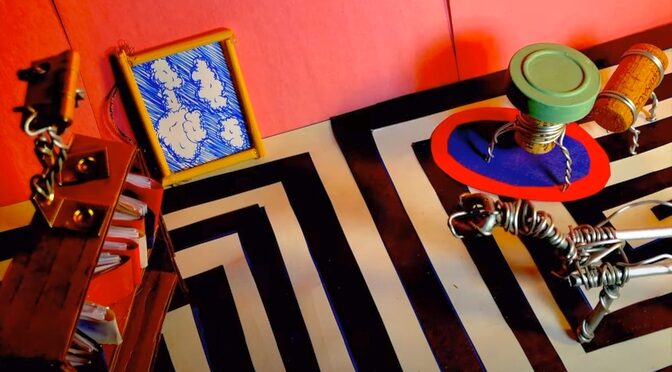 Directed by Charles Moothart. From III, out October 23 on In the Red.

Do you love the sound of loud guitars? Do you like rock and roll? Yeah? Then you should listen to this new song from Fuzz.

Moothart told Mix magazine, “Ty had done a mixing session at United Recording, so that is where the idea of recording at United with Steve came from. We wanted to record in LA to stay close to home; we wanted to be able to go in and get live takes and not stress too much on mixing, and we wanted it to be fun. All signs pointed to working with Steve at United.”

In a statement, Moothart said, “When Ty and I first started working on this song, we didn’t know if it was even going to be a FUZZ song or not. We wanted to make a song that felt straight forward, but had a subtle tweak that over time gets more obvious. The verse riff almost feels like you’re falling asleep at the wheel then the chorus opens up with a melodic, but sharp riff that adds to the punch-drunk feeling of the verse.”

Riffs, man. A badass riff might not be able to solve all the problems going on in the world, but it can definitely make you feel a little better for a few minutes.