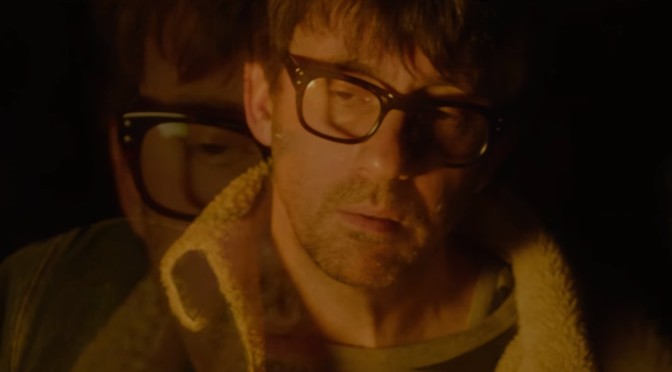 Single out now on Parlophone.

I thought that if you had an acoustic guitar / then it meant that you were a Protest Singer
Oh, I can smile about it now / but at the time it was terrible
--The Smiths, “Shakespeare’s Sister”

We know that Blur front man Damon Albarn keeps himself busy with any number of projects, from Gorillaz to The Good, The Bad and the Queen and lots of other jams that get asses out of seats and into the aisles. But what about “the other guy from Blur,” as Jake refers to Graham Coxon? Well, it seems he’s a lot like me. He sits around in the woods playing acoustic guitar.

Sure, the song and the video are a bit depressing, but I am a sad bastard with a penchant for Brit Pop and this is really pretty. Scratch the surface and you find that it is indeed a protest song, but not how you might think.

According to the press release, “Falling was written by talented unknown songwriter and dedicated father Luke Daniel, who after a long fight with chronic pain tragically ended his own life last year.” Coxon rerecorded the song and has released it as a double A-side with Daniel’s original version. A portion of the proceeds go to The Campaign Against Living Miserably, which is a fantastic name for a good cause few like to talk about: preventing male suicide.

END_OF_DOCUMENT_TOKEN_TO_BE_REPLACED

“Standing On My Own” by the other guy from Blur. From Love Travels At Illegal Speeds, due November 14.

Previously: Live Forever: The Rise and Fall of Brit Pop and The Gorillaz: King Bong.