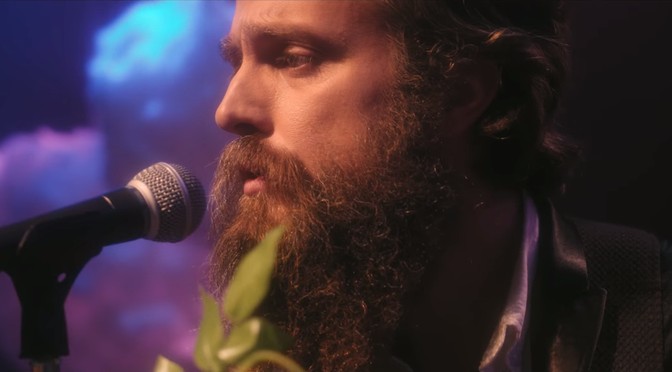 Directed by Hannah Welever. From Beast Epic, out now on Sub Pop.

Man, if my middle school student activities coordinator had booked Iron & Wine to play my formal dance I’d have been pissed! Can you imagine the heckling? Although it’s funny to think about Sam Beam covering “What I Like about You” and “Careless Whisper.” Actually, I bet he’d do a pretty good “Careless Whisper.” Or maybe not. Anyway…

“Bitter Truth,” as the title suggests, is my favorite kind of breakup song: bitter. Or as the chorus calls it, “getting even in a song.”

I kept reading hidden meanings
You would rage how I was wrong
That life was too short, and you’d stayed too long

Let’s be honest, we were strongest
Until I let you drag me down
I was sorry then, I’m not now

Relationships are complicated. And that’s true whether you’re a middle aged man or a middle school tween.

Director Hannah Welever told Billboard: “I think there’s something really poetic about how we deal with our emotions at different ages. Using the song as a backbone, we were able to revisit this window of time full of excitement and wonder, and compare it to a more pragmatic present-day self. Relationships evolve and shift constantly and I find that to be such a ubiquitous, human characteristic I find in Sam’s music.” 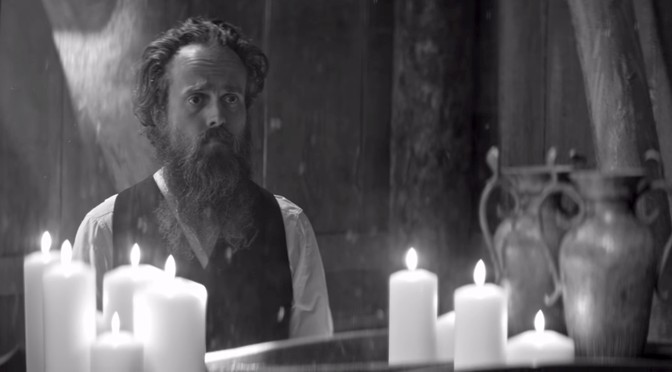 From Beast Epic, out now on Sub Pop

Boy, Sam Beam is taking full advantage of his impressive beard in the latest Iron & Wine video, portraying a old-timey Southern preacher setting up for a funeral. He was born to play this role.

But this is a really good song. Some great lines like “The church bell isn’t kidding when it cries for you” and “There’s nowhere safe to bury all the time I’ve killed.” Classic Iron & Wine. 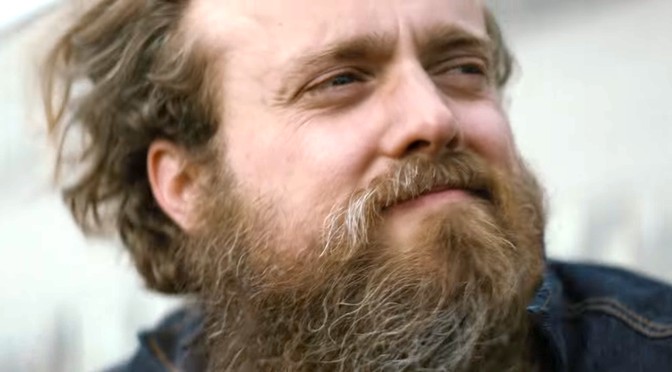 END_OF_DOCUMENT_TOKEN_TO_BE_REPLACED

Maybe in honor of the death of Geocities, the fine folks at Sub Pop have put up a fantastic new mini-site where you can download a 14-song mix from the label’s recent releases.

Of course, 11 of the 14 tracks were already available on their regular website, but this lets you grab it all in one handy zip file. Plus, the site just looks great!

13. Grand Archives – “Silver Among the Gold”

14. Flight of the Conchords – “Hurt Feelings”

• Iron and Wine – “The Trapeze Swinger”

It’s been a while since we’ve rounded up the latest MP3s that Sub Pop has posted. Enjoy.

• Iron and Wine – “Innocent Bones” from The Shepherd’s Dog

• Kinski – “Plan, Steal, Drive” from Down Below It’s Chaos

END_OF_DOCUMENT_TOKEN_TO_BE_REPLACED

MP3: Iron and Wine – “Boy With a Coin” from The Shepherd’s Dog, out September 25 on Subpop. Psychedelic world music! The single contains two non-album bonus tracks: “Carried Home” and “Kingdom of the Animals.”

END_OF_DOCUMENT_TOKEN_TO_BE_REPLACED

Billboard tells us that new new Iron & Wine album, The Shepherd’s Dog, is due September 25 on Sub Pop, and says it’s Sam Beam’s “most eclectic and adventurous music to date.”

• “Southern Anthem” from The Creek Drank the Cradle

• “Lion’s Mane” from The Creek Drank the Cradle

• “Jesus the Mexican Boy” from The Sea and the Rhythm

• “Naked As We Came” from Our Endless Numbered Days

END_OF_DOCUMENT_TOKEN_TO_BE_REPLACED

Doesn’t Sam Beam seem like the type of guy you’d want to hug? The beard, the soft sway of “Fever Dream” and his other starlit classics, and the graceful touch of his finger-picking right hand have painted the teddy-bear imagery that comes to mind each time Iron & Wine is brought into conversation. But with each passing album and accompanying EP, Beam has added greater variation to his brand of supple folk; incorporating more instrumentation, stepping away from the brittle production that marked his debut The Creek Drank the Cradle, and varying the tempo from his sedated earlier work. On last year’s Our Endless, Numbered Days it meant opening the album alternating his typically effervescent balladry with some dirty swampland blues before gently giving way back to the stuff that brought Iron & Wine to such great feature-film-soundtrack heights and constant celebration from fans and critics.

Woman King, his latest six-song EP, saves the soft stuff for only two tracks. The rest of the EP furthers the image of the newly, dare we say reckless Beam, who lets wood blocks collide, electric guitars buzz, and sluggish energy boil below the surface of his tranquil voice, which despite the chaos, never loses its trademark intimacy. And though “Grey Stables” would have perhaps benefited from being sung in a lower register, the rest of the EP features Beam at his best vocally, actually sounding aggressive and confident for the first time on “Evening on the Ground (Lilith’s Song).”

Still, Beam is best when he’s singing ballads through his pillow; the serious lack of Beam-as-romantic takes Woman King down a small peg. But “In My Lady’s House” and “Jezebel” are striking, showing a dedication to introducing more flesh and depth into all of his work without losing the soothing tone of his catalogue to date. The ascension of Beam’s voice on the word “be” at the end of the chorus to “In My Lady’s House” is a small example of the subtle evolution his songwriting has undergone—from standard bearded-bedroom-wisp to Generation Sedated’s answer to the glut of singers that embodied the early-70’s folk boom, Sam Beam has become the most promising revivalist of that very movement.

While not a concrete step, the chromatic nature of Beam’s work indicates that Woman King is prophetic in determining what to expect from his next full-length. The redemptive dogmatism that has provided the lyrical inspiration of most of his early work has caused a virile stir in these arrangements. Which proves, after all this time, that the oppressive heat of the South breaks through the holes of Iron & Wine’s cocoon, after all.