END_OF_DOCUMENT_TOKEN_TO_BE_REPLACED

The new single from Ignore the Ignorant, out now on Warner Bros. Johnny Marr sure sounds like Johnny Marr, doesn’t he?

END_OF_DOCUMENT_TOKEN_TO_BE_REPLACED 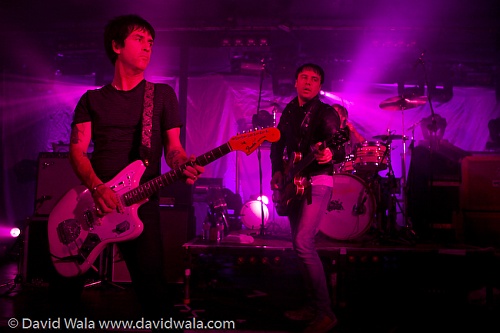 Adam Green and the Cribs at Newcastle University

This was a sold out 1200-capacity crowd in the basement venue at Newcastle University. The crowd featured a mix of ages thanks to the new (older) fans of The Cribs that have come onboard since Johnny Marr joined.

END_OF_DOCUMENT_TOKEN_TO_BE_REPLACED 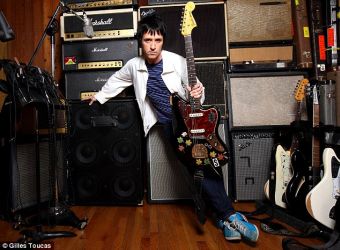 The Daily Mail has a great photo session and interview with Johnny Marr:

The biggest misconception about me is that I’m a bit of a lad. That all started with the Smiths. Morrissey was meant to be all about vegetarianism, celibacy and Virginia Woolf. I was all about football, clothes and a bit of pot-smoking. That’s very reductive. If people bought into that, I don’t blame anyone but myself. If you’re in a successful band, you tend to fall into a role. But I’m not remotely laddish. I’m a grown-up. I’m vegan and teetotal. I run 50 miles a week, listening to Franz Ferdinand and the Four Tops at top volume.

Of course the quote that everybody, starting with the NME, is pulling is this one: “I can’t speak for Morrissey, but I know that I’m too busy right now to get the Smiths on the road again. Is that likely to change? Who knows?” Oh, Johnny, you just keep me hangin’ on!

Two of GLONO’s worlds collide as Johnny Marr and Jeff Tweedy team up for the upcoming 7 Worlds Collide album, The Sun Came Out. In case you haven’t heard about it, this is the project that Crowded House founder Neil Finn started to raise money for charity. Recorded in New Zealand during everybody’s “Christmas holiday,” Finn gathered an impressive collection of musicians to work on the double album due September 29 via Sony Music.

In addition to Marr and Tweedy, Wilco‘s Glenn Kotche, John Stirratt, and Pat Sansone play on most of the tracks. Radiohead‘s Ed O’Brien and Phil Selway contribute to several songs as well. Check out who plays and sings on each of 24 songs after the jump…

END_OF_DOCUMENT_TOKEN_TO_BE_REPLACED

According to Pitchfork, this documentary aired on TVNZ last month. 7 Worlds Collide is Neil Finn‘s project that raises money for Oxfam and features Radiohead‘s guitarist and drummer Ed O’Brien and Phil Selway, Johnny Marr, and most of Wilco.

“The Cribs Johnny Marr Pierces Ryan Jarmans Ear, whilst in the studio recording their new album set for release later this year.” Ew.