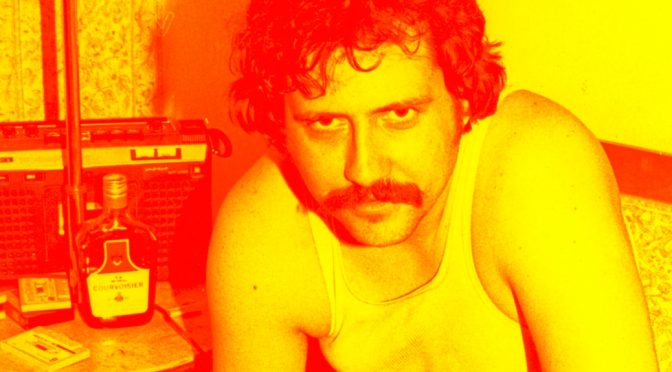 END_OF_DOCUMENT_TOKEN_TO_BE_REPLACED

The Guess Who – Live At The Paramount (RCA)

This is a true story, and anyone who’s ever read Lester Bangs‘ Psychotic Reaction And Carburetor Dung and actually followed through with it can confirm its accuracy.

By “followed through,” I mean reading Bangs’ assessment of the Guess Who‘s Live At The Paramount record and gone out and bought it shortly afterwards.

END_OF_DOCUMENT_TOKEN_TO_BE_REPLACED 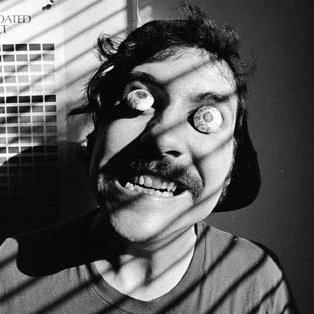 Okay, we’ll get to a full book review soon, but I just got my promo copy of BOMP! 2: Born in the Garage, and flipping through it last night I found this awesome bit from Lester Bangs in the Letters to the Editor section in Who Put the Bomp #7 (Summer 1971):

Lastly, I have just discovered a new taste treat: just take a 6-pak of Busch Bavarian, put it in the freezer until it’s almost entirely frozen, so when you pop one about half to 2/3rds of it’s like a beer popsicle inside, LEAVE IN THE CAN, then pour in as much good Jack Daniels Kentucky Sour Mash Sippin’ Whiskey as your heart whims, for the whoopingest boilermaker of your life, Jack. Guaranteed to make you hop and holler and riccochet off the ceiling just like Uncle Scrooge (hero of lifetimes!) diving through his tides of coin. Send this paragraph to Richard Meltzer if you don’t print it.

Anyway, for now I’ll just say that Bomp 2 is great (on first impression it looks way better than the original Bomp collection), and anybody who cares about the history of amateur rock and roll writing (and music obsessiveness in general) should by all means check it out.

Jim DeRogatis eulogizes Stooges guitarist Ron Asheton and shares a great quote from the inimitable Lester Bangs from “Roots of Punk (Part One)” originally published by New Wave magazine in 1978:

“1969” featured the only use of wah-wah that I had ever liked on any record (mainly because Ron Asheton didn’t do anything with it, no flash bullshit, he just blanged out a chord and let the technology play its own self), and most importantly of all, THAT HE AND IGGY DIDN’T GIVE A SHIT ABOUT ANYTHING AND NEITHER DID WE. We knew that over in Michigan his lifestyle was identical to ours, just getting fucked up all the time and trying to find the girls who’d fuck us and usually failing. Fuck the establishment, fuck the counterculture, fuck the Beatles after that white atrocity, fuck rock ‘n’ roll for that matter, everybody being so goddam protective about it like it was some sickly child or something, fuck the government and fuck the war and fuck the college and fuck the hippies and fuck everything. Fuck you. I’m fucked up already. Listen, when one of your best friends is slumped in your room stoned just this side of death on Seconals, drooling on himself and mumbling “I dunno, man, lately I think I been turnin’ into a vegetable…” you really don’t want to listen to Abbey Road, much less “Suite: Judy Blue Eyes,” a title I can’t even type without sneering.

Note: we replaced the “—“s with ucks and hits, because…well, we can.

Some say Kill Your Idols but we all know that’s silly. We want to BE our idols, that’s the whole fucking point.

Well, now you can at least dress like your idols. Worn Free has some sweet reproductions of famous vintage tees seen on stars from over the years. No, these are not dopey vintage concert tee remakes, these are shirts that have graced famous photos of your favorite rock stars.

Not sure how some of these icons would feel about the monetization of their dirty clothes hamper (especially at $50 a pop!) but the site says “All of the t-shirts and images that we use are fully licensed from the estates and individuals concerned. We have clearance to use all the photo imagery that we use on our site.” Plus, I think they’re kinda cool.

END_OF_DOCUMENT_TOKEN_TO_BE_REPLACED

Since today is the 25th anniversary of Lester Bangs gobbling enough Darvon to kill a walrus, we thought it would be a good day to remind you why we’re all still talking about him: his rock and roll writing.

Reviving a tradition that we started back in the very early days of Glorious Noise after we got a hold of a collection of old Rolling Stones, here are a bunch of classic record reviews by Lester Bangs from the Stone.

Elsewhere today, Jim DeRogatis, author of the bio Let It Blurt, appreciates the fact that his Bangs’ writing remains inspirational.