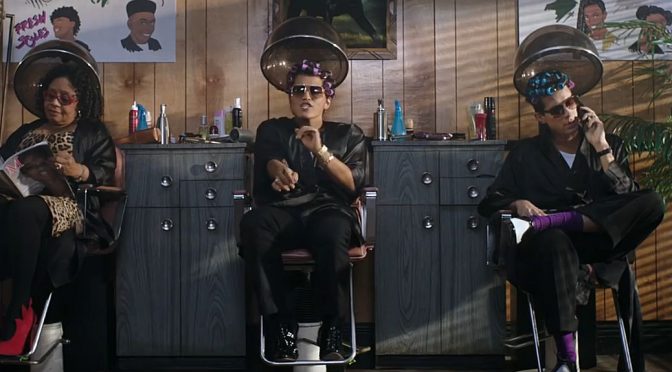 But if those numbers are accurate, that would add up to 31,346,646.46 certifiable units. And the RIAA only has 11 million units certified for “Uptown Funk.” So who knows? Math is hard.

This is only the thirteenth Diamond single since the RIAA established the certification in 1999. The first single to be certified Diamond was Elton John’s Princess Diana tribute “Candle In The Wind 1997” and it took almost 16 years for the next one: Bieber and Luda’s “Baby.” If you look at the rest of the list there’s certainly plenty of garbage, but there are also some jams.

END_OF_DOCUMENT_TOKEN_TO_BE_REPLACED

Duran Duran – All You Need Is Now (Tapemodern)

The first record review I ever wrote was for Duran Duran’s Rio. It was for an English class in high school where the assignment was to write a phony article that offered our opinion on something.

Our town didn’t have MTV at that point, so Duran Duran was not a household name. I felt it was my duty to inform my English teacher of the upcoming onslaught of “The Fab Five.” We had a brief acknowledgement of my critical worth after delivering a dubbed copy of Lou Reed’s Transformer, so occasionally the teacher would actually listen to a recommendation.

Rio had such an impact on me that I praised them as the second coming of Roxy Music and the fully realized package of the Thin White Duke with better teeth and no Ziggy baggage.

In short, I came off as a real double-D nutswinger.

END_OF_DOCUMENT_TOKEN_TO_BE_REPLACED

What makes a good producer? As I see it, there are three types of producers all bringing their own unique talents to a project:

• Technician – Acting more as an engineer, the Technician understands how to capture great sounds. The Technician is a technological wizard who has an innate understanding of instruments and amps that’s as thick as Sears catalog. Think: Steve Albini.

• Maestro – A composer and arranger, the Maestro doesn’t just read music but also understands it so intricately that he can turn any melody and bridge any verse so seamlessly that it’s impossible to imagine how it could have gone any other way. Think: Phil Spector or Brian Wilson.

• Life Coach – This character has a bizarre and natural sense of what’s Right and Wrong in music. He may not have the technical knowledge or natural ability to play music, but he instinctively understands how to create an atmosphere and draw out the best in an artist. Think: Rick Rubin.

While widely different in their approaches to music, each of these production styles, when successful, share two things: Good Taste and Style. Both of which Mark Ronson has for miles and miles.

END_OF_DOCUMENT_TOKEN_TO_BE_REPLACED

This dude can’t miss, especially when he hooks up with the plucky Allen. A big fat beat, “Superstition”-style keyboards, and some killer horns. Get your shit down!

Mark Ronson, the funky kid who produced Amy Winehouse and Lily Allen, has remixed a track for the upcoming Dylan retrospective (single disc and 3-disc versions) out October 2.

If you don’t like the Stax horns and loud drums, you can find the original version on Blonde on Blonde.