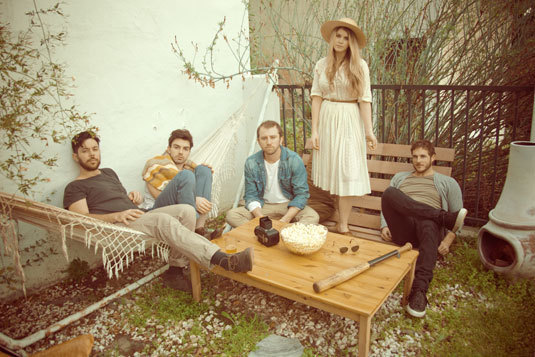 The psychedelics and the overwhelming energy.

When Lollapalooza was a traveling affair, I went to the San Francisco installment.

Is this a trick question? Are you trying to cause drama in the band? Drama queen!!!

Bobby Womack, and TLC’s “What about your friends” single. There’s a jazz remix; no brainer.

The promoters forget what being squashed in a van feels like. Thanks for the wrinkled trousers guys ; )

What’s your favorite cereal? next time we’re in town we should make a bowl and hang.

Playing Saturday, August 4 at 12:00 PM on the PlayStation stage