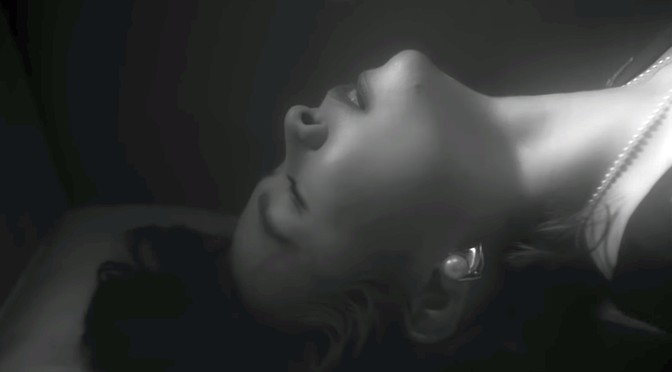 Directed by Zia Anger. From Be The Cowboy, out now on Dead Oceans.

Mitski gets down with a statue, a silent film star, and her own bad self in the video for “Washing Machine Heart.”

Toss your dirty shoes in my washing machine heart
Baby, bang it up inside

I don’t know how much laundry experience you have, but washing machines don’t tend to bang stuff around that much. Even heavy stuff like shoes just kind of get plastered to the side in the spin cycle. It’s the dryer, of course, that really makes a racket when you put shoes in it. But “my dryer heart” sounds terrible and could be confusing. So, you know, poetic license. 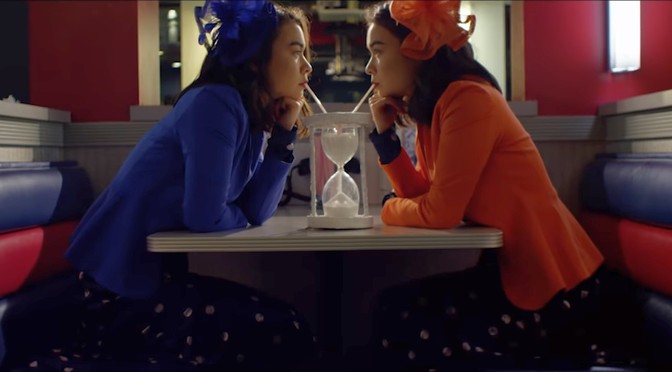 Directed by Christopher Good. From Be The Cowboy, out August 17 on Dead Oceans.

I really loved Mitski’s song “Your Best American Girl” with its epic rock and roll crescendo and its sad lyrics (“You’re an all-American boy / I guess I couldn’t help trying to be your best American girl”). I love the video, too, and its message that if you can’t be with the one you love then the next best thing is to bang the shit out of your guitar.

In “Nobody” she trades her Les Paul for a disco Strat, but she’s still lonely.

This video is cool. It reminds me of some of the artwork of Yoko Ono, especially the bit with the magnifying glass and the tiny writing. In Yoko’s piece, the message was affirmative. 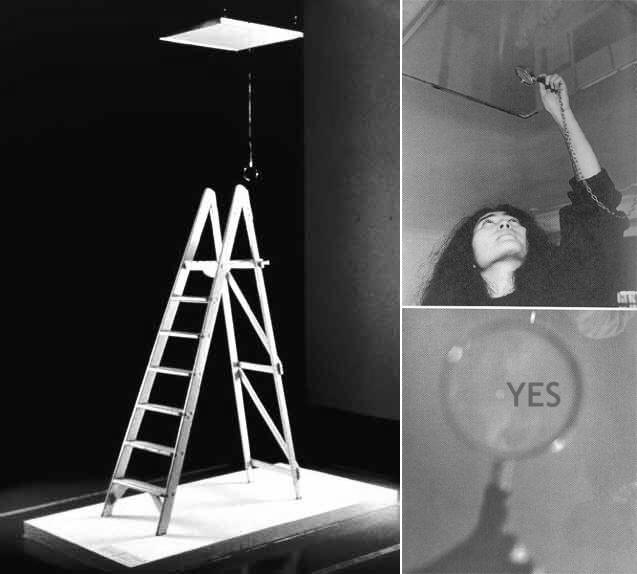 That’s the piece that made John Lennon fall in love with Yoko. He later admitted, “It’s a great relief when you get up the ladder and you look through the spyglass and it doesn’t say ‘no’ or ‘fuck you’ or something. It said ‘yes’.”