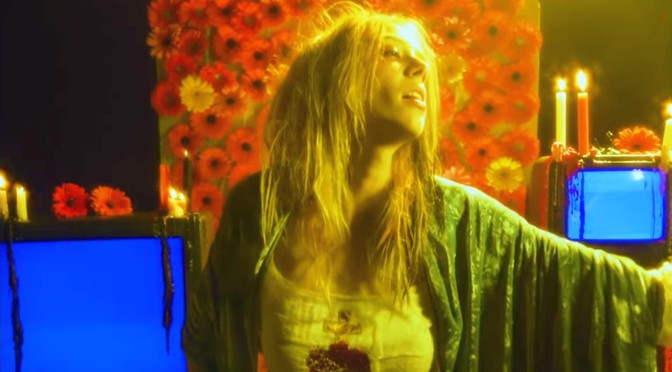 Directed by Gilbert Trejo. Single out now on Rough Trade.

A new non-album single produced by Ryan Adams sounds a lot more polished than their earlier stuff. Is that a good thing? Or is their producer’s outspoken love of Creed rubbing off on them? A little of both perhaps.

Arrow de Wilde says, “This song to me shows a loss of innocence and the dramatic yet sometimes bitter ‘Hollywood ending’ to a first love. Everyone has to go through different Hollywood endings in their own lives, whether they’re good or bad. Sometimes it’s The Wizard Of Oz and you wake up from a crazy nightmare dream and you’re fine, or sometimes it’s Carnival of Souls where you’ve been dead all along.”

That’s some heavy wisdom from a 19 year old.

Director Gilbert Trejo says of the video: “Arrow and I almost started sowing the seeds for this video when we first met…one of the first things we bonded over was our shared love for old Hollywood… not ‘old Hollywood’ like Golden age 1940’s Cary Grant and movie stars Hollywood, but old Hollywood like, our parents’ generations and Weetzie Bat’s version… washed out hotels, and restaurants like TOI on sunset. We bonded over freeways and 1920’s apartments covered in Christmas lights. The Hollywood we both got dragged around felt magical at a young age. Freaks like my aunt Vicky, and Arrow’s uncle Jimmy (who stars as the spirit of Hollywood in the video)… John Doe and Exene’s Hollywood meets Tommy Lee and Bobby Brown’s. When we got the go ahead to make the Hollywood Ending video, we knew exactly what type of imagery we wanted to convey. We got to bring our own favorite disappearing neighborhood back to life.”

The real star of the video, though, is guitarist Henri Cash’s Nudie suits. 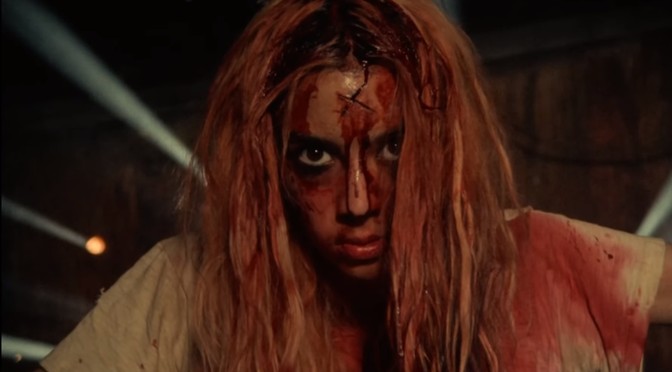 Directed by Gilbert Trejo. From Starcrawler, out now on Rough Trade Records.

The kids in Starcrawler still seem like a bunch of delinquent teenagers, and therein lies their charm. Who knows what they’re like in real life, but they clearly get a kick out of dabbling in the macabre.

Arrow de Wilde told Vulture that “Chicken Woman” is about “a Chinatown fixture who pushes her poultry in a shopping cart to the nearby slaughterhouse.”

The video, however, is a fun little homage to Charles Manson and how to have a good time on a desert ranch. Tar, feathers, chains, cages, dolls, and knives all play important roles.

Be careful out there when you’re picking up hitchhikers, gang! 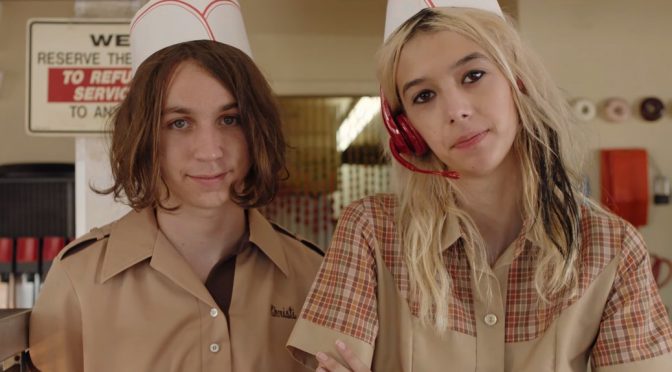 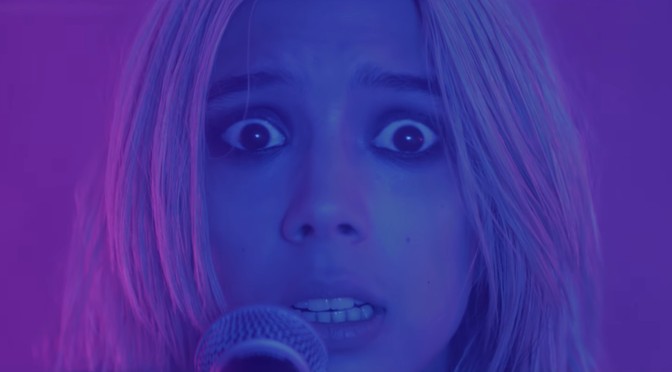 Video: Starcrawler -- “Let Her Be”

Starcrawler - Let Her Be

From their debut album on Rough Trade, produced by Ryan Adams, due in 2018.

Hey, what a surprise! Ryan Adams didn’t make this band of delinquent teenagers sound like Corey Hart or Creed! Nope, they sound like the Stooges like they should. 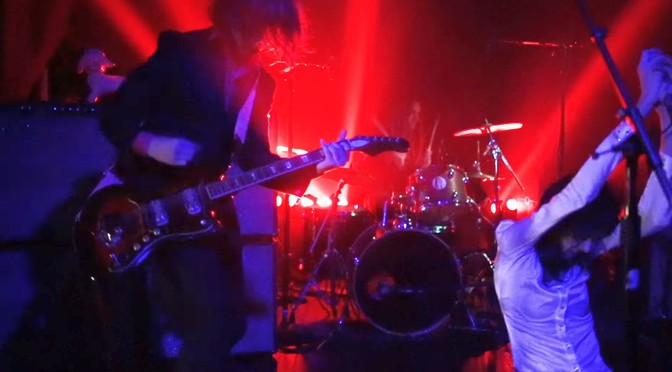 Blessed with a remarkable story, Mystery Jets seem like a band that you’d want to sign immediately after reading their bio before you’ve heard a note of their demo tape.

The backdrop features a boy with spina bifida, growing up in London with a caring father hell-bent on helping his son find a hobby that takes his mind away from the physical ailment while not being limited by it either. The son, Blaine Harrison, soon discovered that music was much more than a hobby; it became a passion. To facilitate this, his father helped with filling in the open slots until he eventually became a permanent member.

END_OF_DOCUMENT_TOKEN_TO_BE_REPLACED

I’ve known for a while that the Beggars Group has its shit together. This might be “inside baseball” but as the publisher of an online music zine, I’ve been very impressed with how their publicity department deals with us. Each release from their four labels (Matador, 4AD, XL, and Rough Trade) is promoted with a free, easily shareable MP3, and review copies are distributed far more simply than any other label. It is no coincidence that we review more stuff from Beggars than from other labels; they make it easier for us, and we’re kinda lazy—sometimes too lazy to even send an email requesting a promo.

Now, after reading this interview with Beggars founder and chairman Martin Mills, I realize why they’re great: the dude running the show is hella smart.

“You read the industry is 60 per cent of the size it was ten years ago. But that 40 per cent that has gone is almost entirely the cream at the top. Records that sold two million now sell 500,000 – that’s where that’s gone. At the same time it’s easier to sell those slightly smaller levels.

“What’s called pejoratively ‘the new middle class’ is someone like, say, Calexico or Midlake, who can sell 100,000 plus records every time they put out a record; they can play to 3-4,000 people in 30 or 40 cities around the world. And they can make a pretty good living out of that, doing what they love doing, and can do it on their own terms, and that’s fantastic. We’ve got a bunch of bands like that, they’re not necessarily seeking stardom or riches. That’s incredibly healthy.”

You just don’t expect to read quotes like that from a music exec. It’s refreshing. Mills has lots of insightful opinions on a variety of topics, and he makes a shitload of sense. He wants his artists (and his labels) to get paid, but acknowledges that “some of our best purchasers are also pirates.” It’s a complex world we’ve got here, but this guy reminds us that it’s a great time to be a smart independent label.

END_OF_DOCUMENT_TOKEN_TO_BE_REPLACED

Sure, there are moments of Taylor’s influence, but they’re restrained, allowing Chu to assert his influence (after all, Morning Benders did begin as Chu’s solo project) which is a very wise choice as he possesses a strong sense of melody and a very deep concentration with arrangements.

Big Echo is more than just another fine entry in the overflowing talent pool that is the Northwest Indie Pop scene; it may be the first example of that gene pool heading east to mix their Beach Boys lovin’ harmonies with the lysergic eating ways of the Northeast Neo psychedelic weirdos.

END_OF_DOCUMENT_TOKEN_TO_BE_REPLACED

I can’t begin to tell you how wonderfully beautiful Elizabeth Fraser‘s voice is; you simply must hear it for yourself. Her work with the Cocteau Twins in the ’80s stood out as something intriguing, and it remains so today on the sheer merits of Fraser’s genetic instrument.